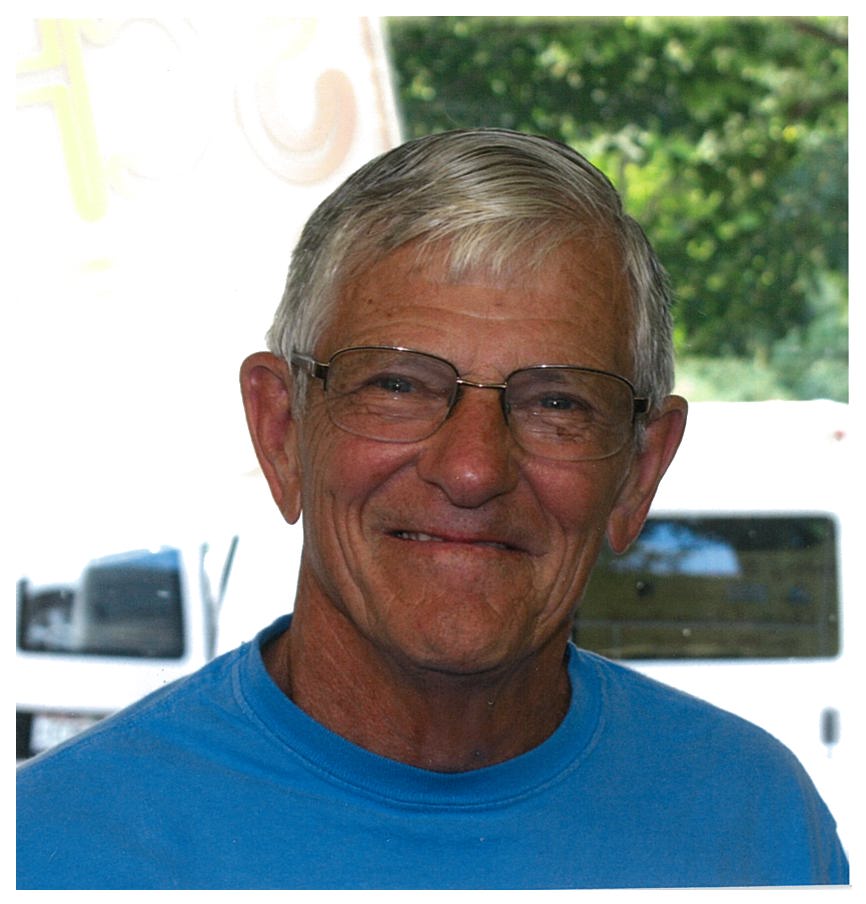 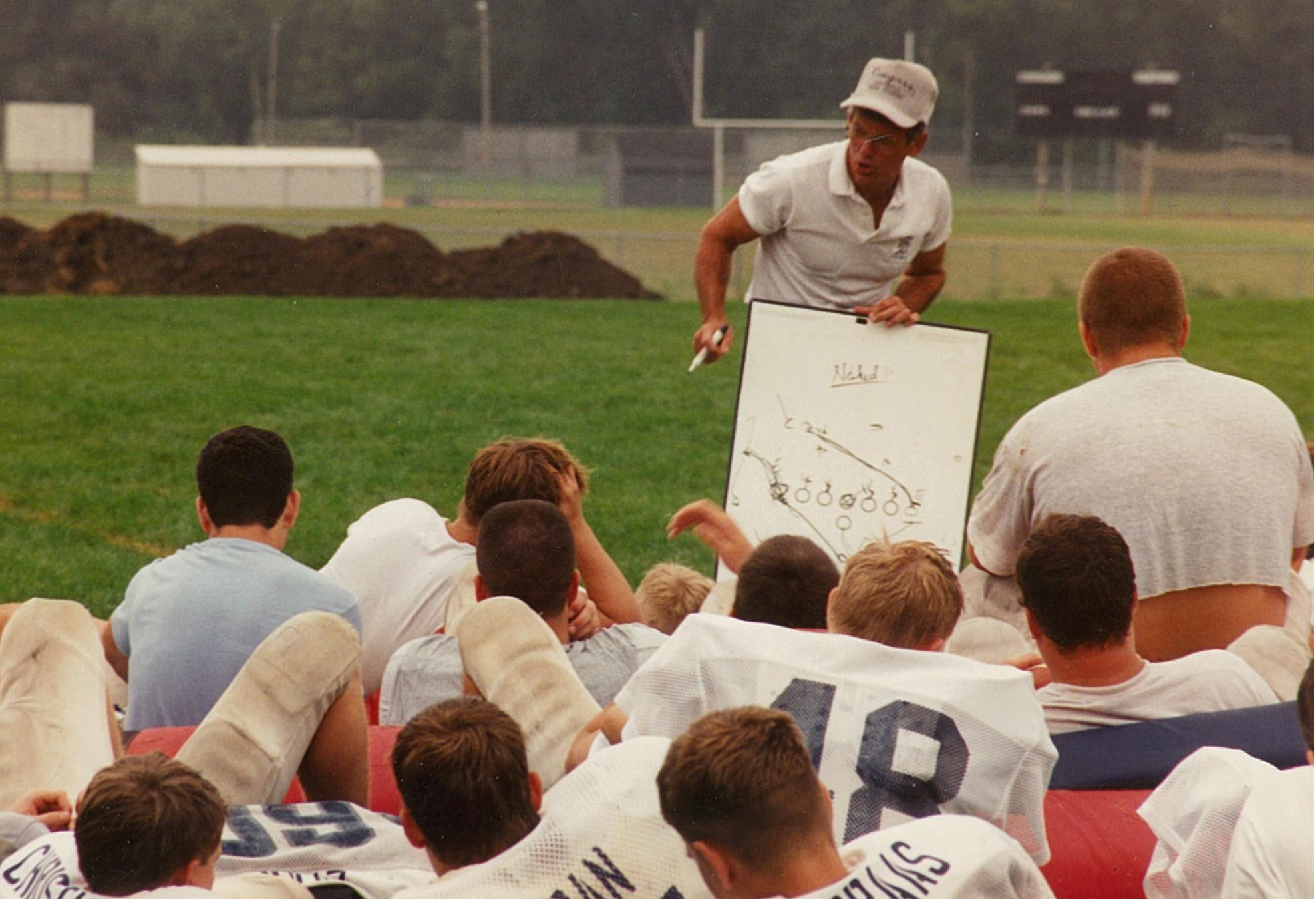 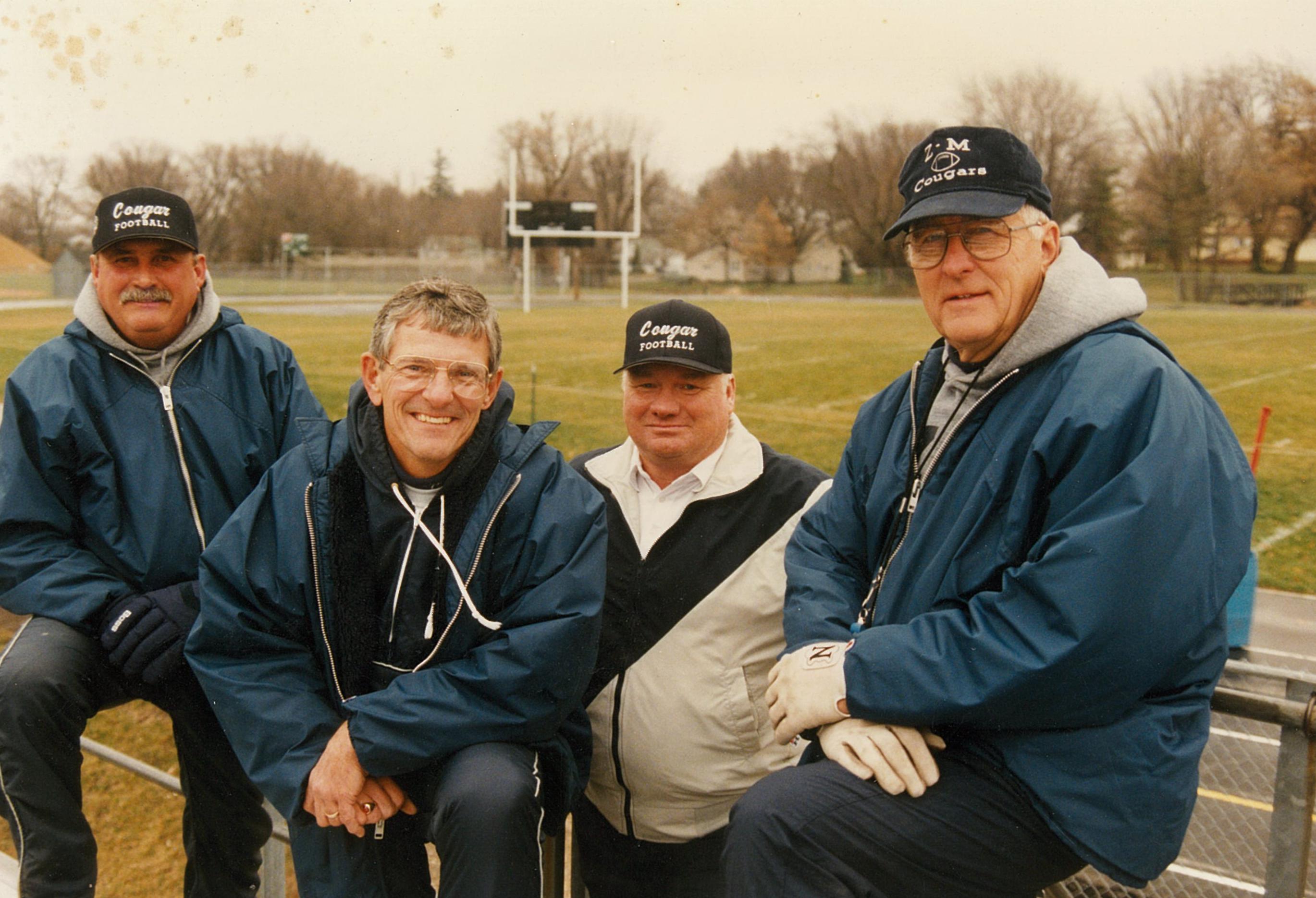 Ken was born in Green Bay on July 2, 1944 to Lawrence and Alma Belanger. He
graduated from Brillion High School, Brillion, Wisconsin in 1962 where he earned
14 letters, 4 in football and baseball and 3 in basketball and track. In football he
was elected team MVP his junior and senior years and was team captain his
senior year. He was also named honorable mention All-State.

Belanger continued playing football and running track at Luther College where he
lettered 4 years in football and 3 years in track. He was elected a team captain in
football his senior year. At Luther he served as the student body vice president
and president of the letter club.

Upon graduation from Luther with a degree in mathematics he took a job at
Zumbrota High School in Zumbrota, MN as a senior high math teacher, head
football coach and assistant wrestling. Zumbrota High School became Zumbrota-
Mazeppa High School in 1986, where Ken served as the head football coach for 35
years, and also served as assistant wrestling coach for 6 years, assistant track
coach for 5 years, and junior high basketball coach for 22 years. He retired from
Z-M in Dec of 2000. Belanger was named conference and section Coach of the
Year numerous times and Class C State Coach of the Year in 1986. Teams finished
as state runner-up in 1985 and 2003. His won-lost record at Zumbrota was 183-
146-2. Belanger was inducted into the MN High School Football Coaches
Association Hall of Fame in April 2001. During his time in MN he was very active
in their football association, serving on many committees and served as
association president. He coached in the MN High School All-Star game in 1986.

In 2001 Ken started a 17 year career as head football coach at Frederic High
School, Frederic, Wl. While at Frederic they compiled a 105-69 record with 2
conference titles and 13 playoff appearances.

Ken has served as a track official for the past 50 years in MN and WI. He has
started the MN State Meet numerous times and has started the MN True Team
State Meet since its inception in 1986. Ken was inducted into the MN State Track
Coaches Association Hall of Fame as an official in May 2011.

Ken and his wife have been married for 53 years and have been blessed with three great children, Ken Jr, Stacie and Jeremy. They have six wonderful grandchildren.