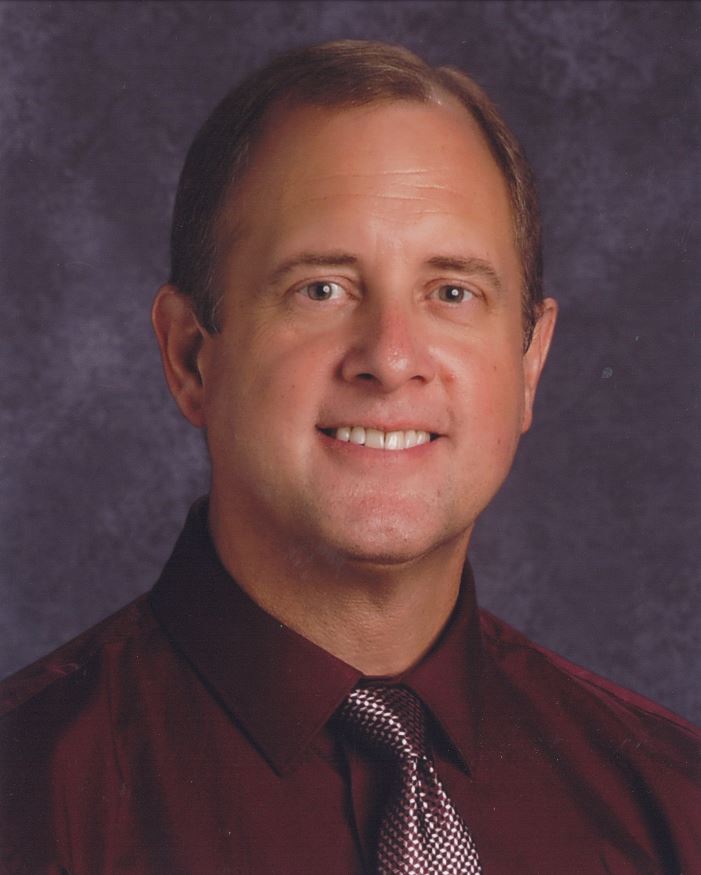 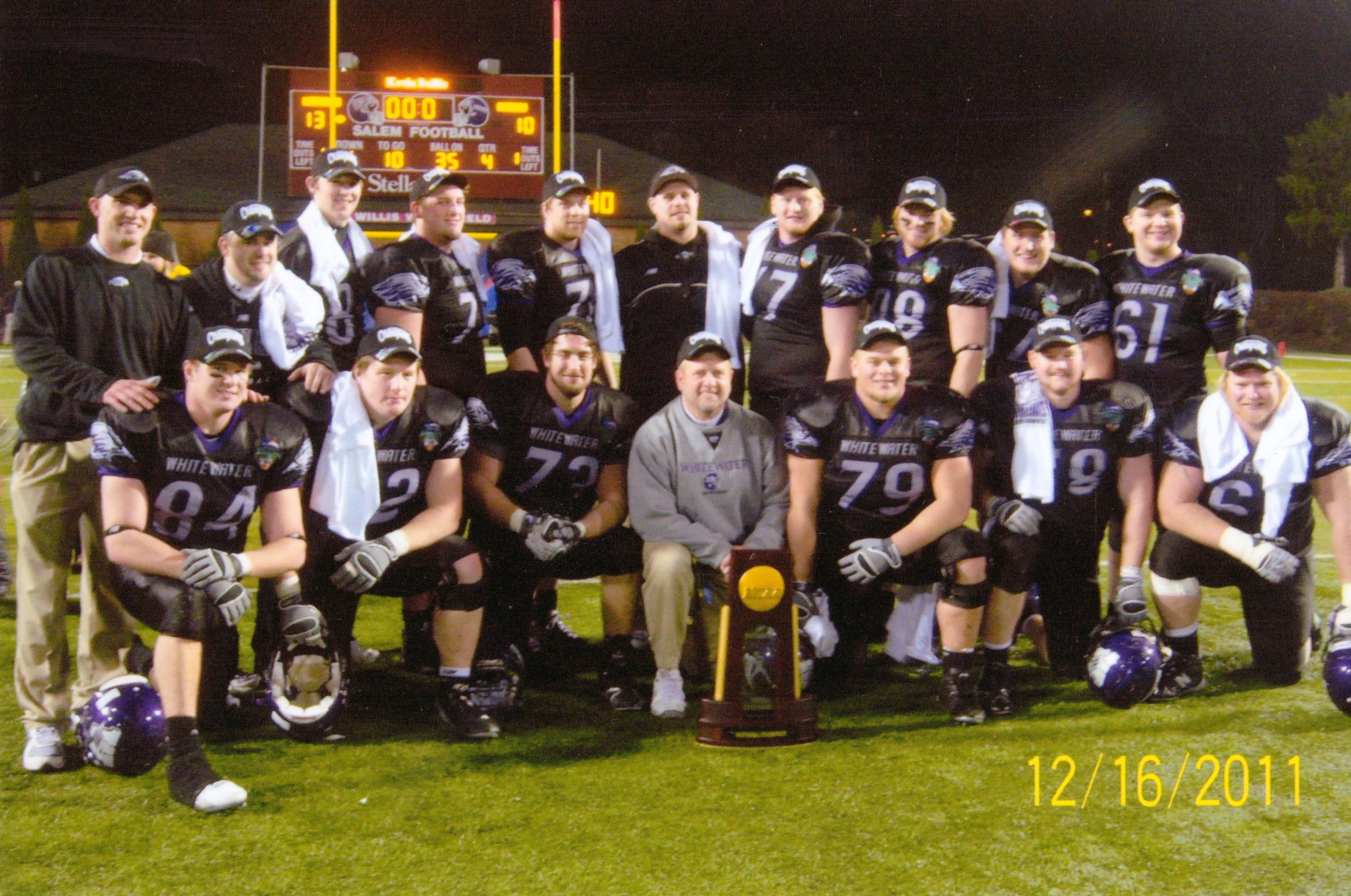 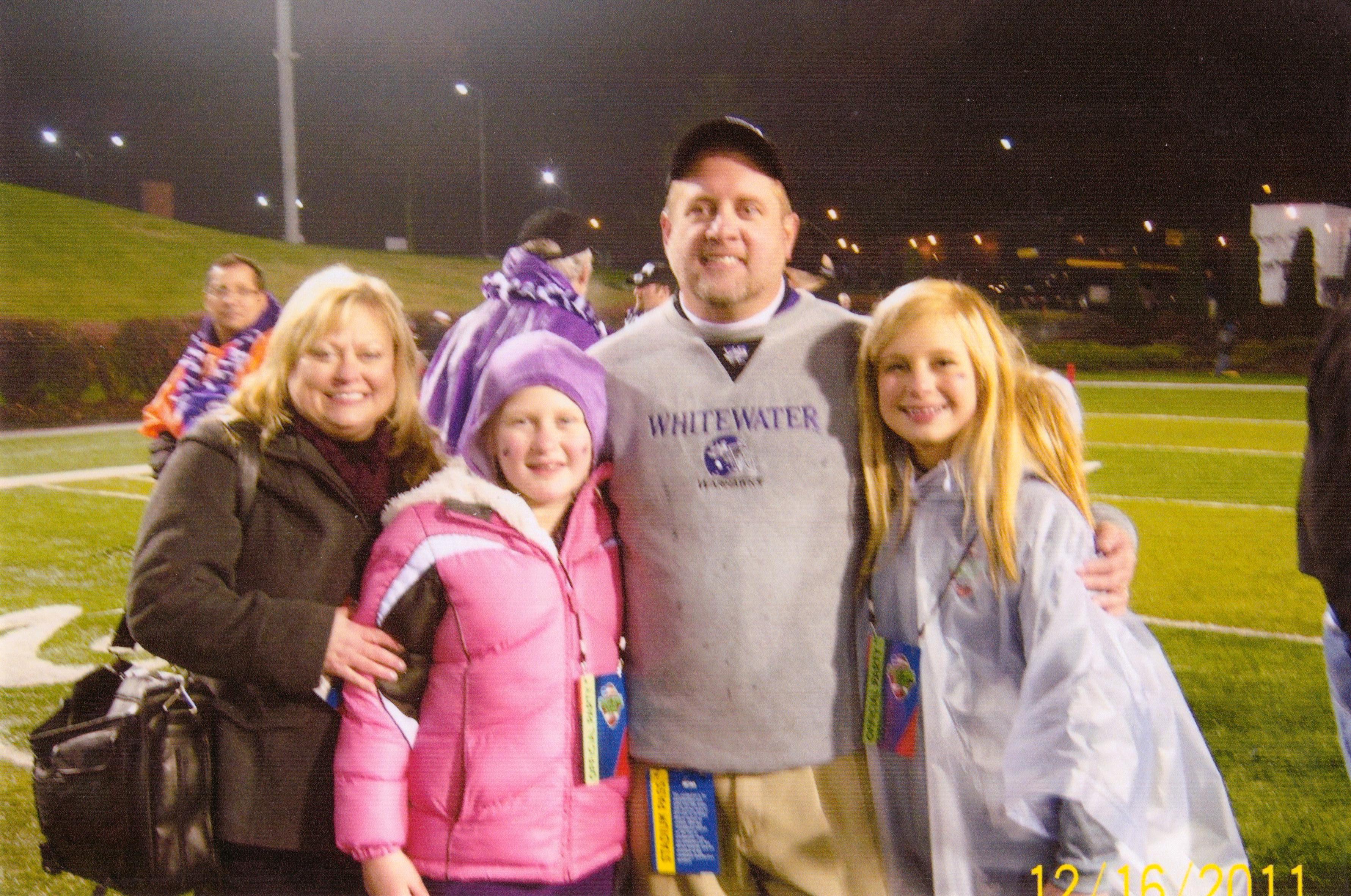 Steve was born in Beaver Dam, Wisconsin, on July 27, 1965 to Dale and JoAnn Dinkel. He graduated from Beaver Dam High School in 1983 where he participated in football, wrestling and track. Steve was a two way starter and elected captain of the 1982 undefeated Little Ten Conference Champions and state play-off team.

Dinkel continued playing collegiate football at the University of Wisconsin-River Falls for Hall of Fame head coach Mike Farley. Steve was a four year letter winner and an All-conference selection his senior year. As a player Dinkel was a part of the winningest span in UW-River Falls history, being a part of four conference championships from 1984 to 1987.

Upon graduation in the spring of 1988 from Wisconsin-River Falls, Dinkel began his teaching and coaching career at Jefferson High School in Jefferson, Wisconsin. Dinkel was the offensive coordinator and offensive/defensive line coach before taking over as the head coach in 1991. During his tenure at Jefferson, Dinkel worked with fellow Hall of Fame coach and friend John Stellmacher to build a highly respected program in the Southern Lakes conference that won the 1991 state championship along with several conference championships and play-off appearances. In 1997 Dinkel was voted Southern Lakes Conference and District 17 Coach of the Year. In 1999 Dinkel served as the offensive coordinator for the Shrine All-Star game and helped coach the South to a 21 to 7 victory over the North at Camp Randall Stadium.

In 2002 he moved onto the University of Wisconsin-Whitewater serving as the offensive line and special teams coach for Hall of Fame Head Coach Bob Berezowitz. In 2009 Dinkel was named offensive coordinator and continued at UW-Whitewater through the 2012 season. While at UW-Whitewater Dinkel was a part of winning four National Championships in 2007, 2009, 2010, and 2011. UWW was also the National runner-up 2005, 2006, and 2008. At UW-Whitewater Dinkel helped coach UWW to seven WIAC conference championships as well. Dinkel developed and coached  the most dominant offensive lines not only in the WIAC, but in the nation from 2005 through 2012. He coached and developed 29 All-Conference selections along with 13 All-American selections during his time at UWW. Dinkel developed and coached the 2006 D III Lineman of the Year Max Sakellaris. In 2007 Dinkel developed and coached the Rimington award-winning center Brent Allen. During his tenure his offensive lines produced the WIAC rushing champion 10 times as well as the national rushing champion three times. During Dinkel’s tenure at UWW his offensive teams regularly led the nation in a variety of categories. In 2011 Dinkel was selected WIAC assistant coach of the year. Dinkel is credited with starting the moniker “Pound the Rock” at UWW which is still used today by the coaching staff.

Steve would like to thank his wife Cathi and his daughters Anna and Jenna for all their support through the many long hours and years. This type of success would not have been possible without their encouragement and support. Love you girls! Steve would also like to thank his parents, brothers and sister who came to countless games over a 26 year career to see their brother pursue his passion. Thank you for all the support. Steve feels blessed to have worked with great players and coaches over the years and is truly honored by this distinction.