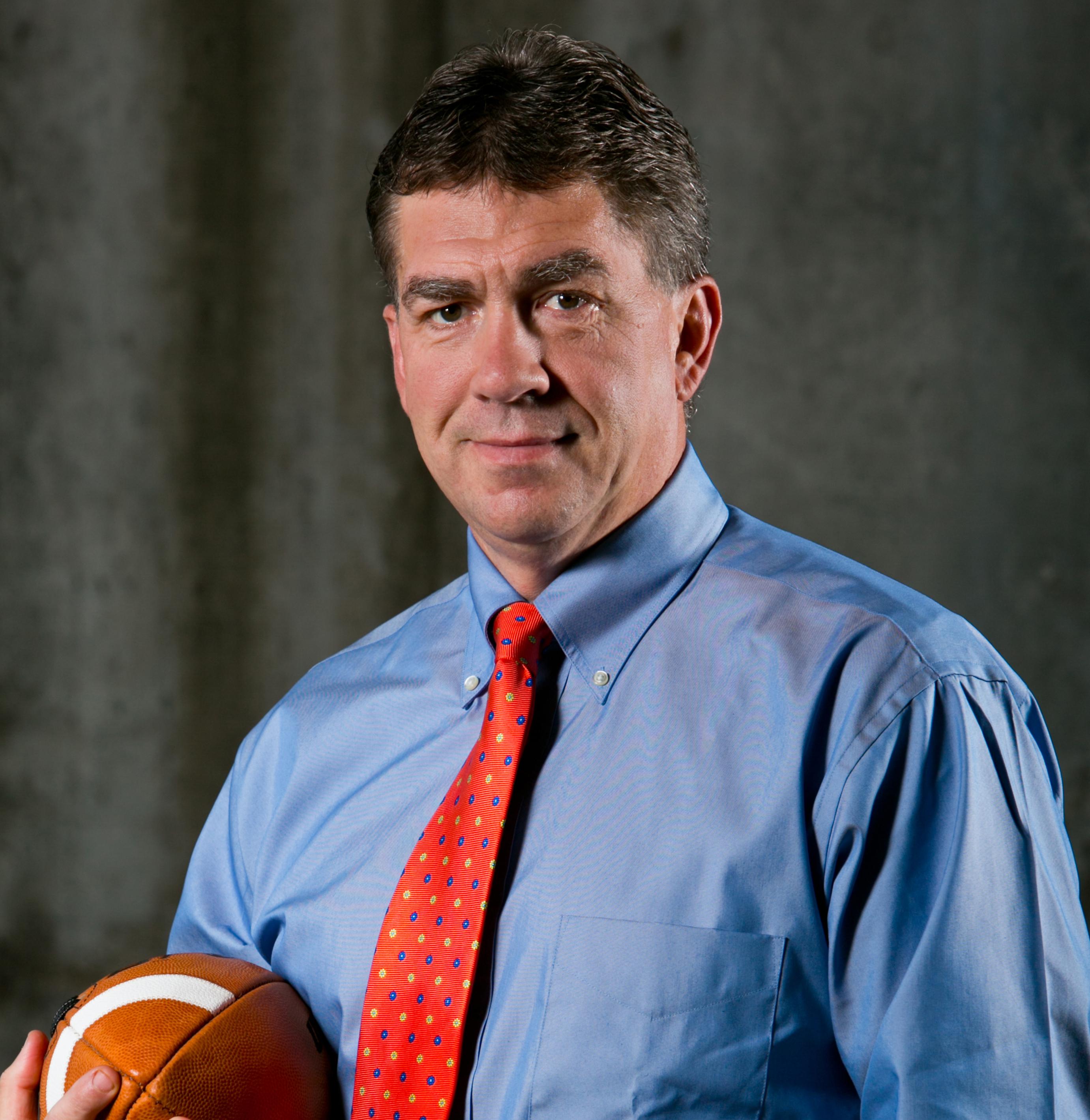 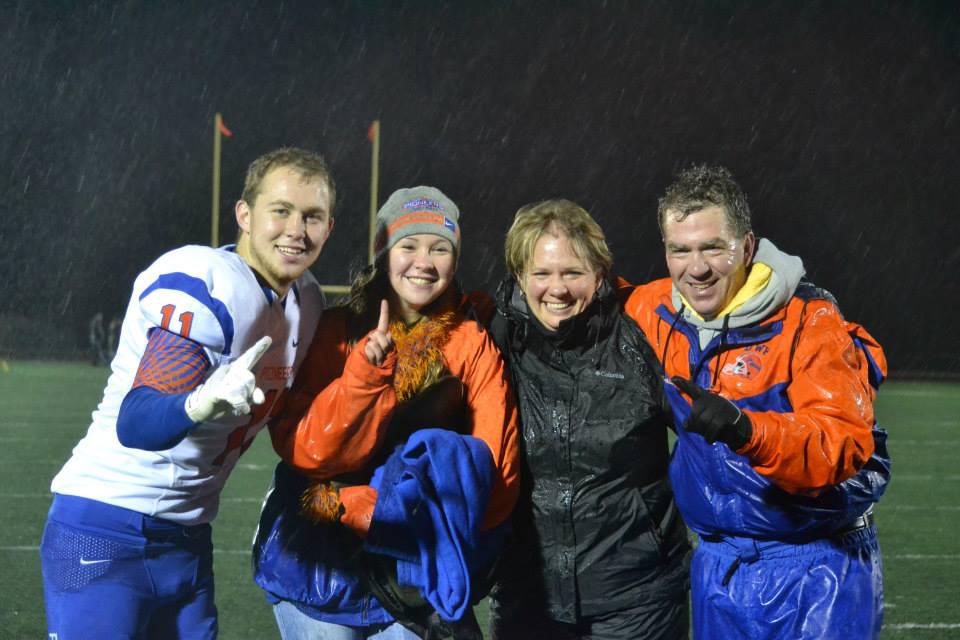 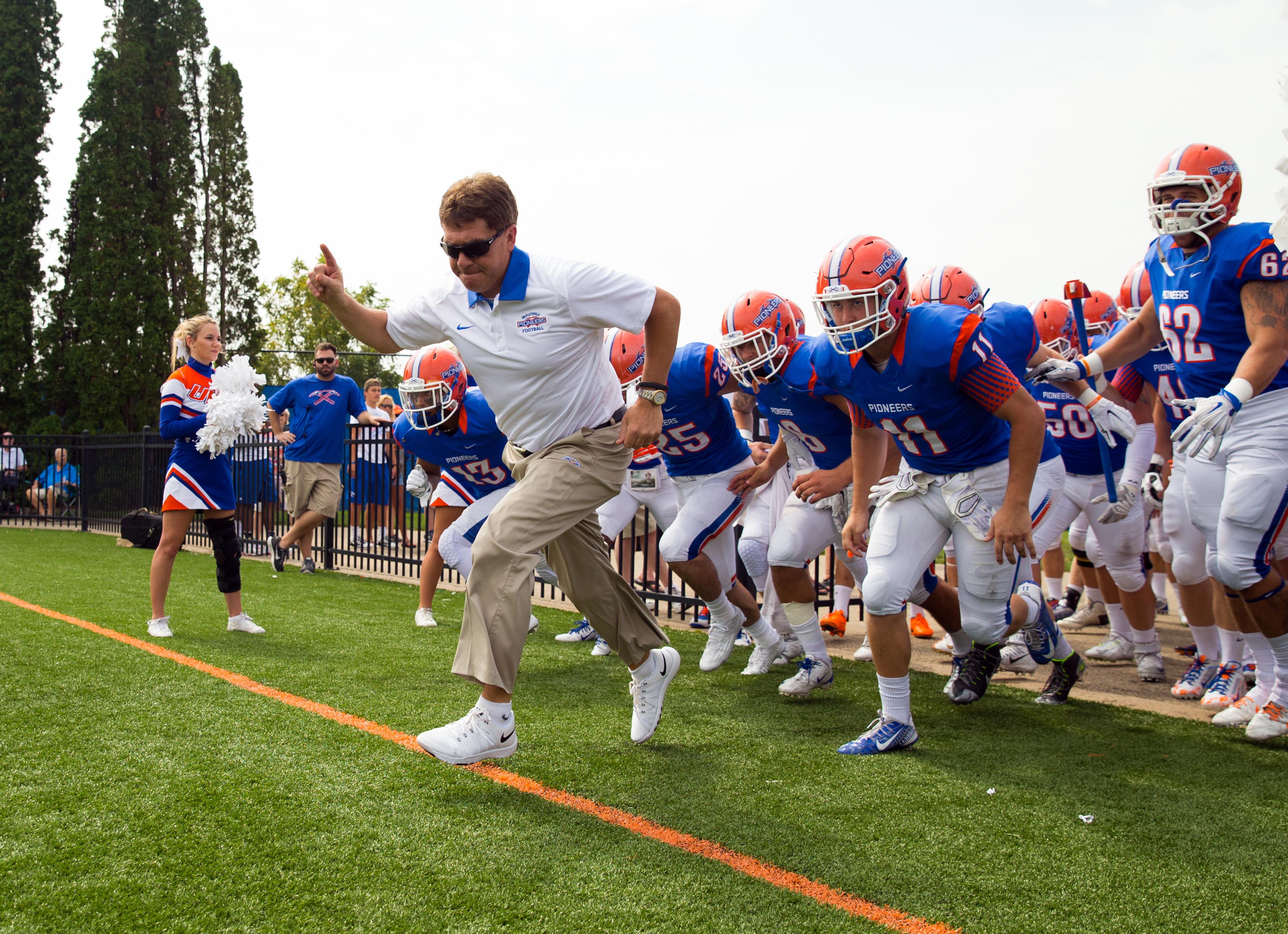 Mike was born on July 25, 1964 and was raised in Lockport, New York.  He graduated from DeSales Catholic High School in 1982 and went on to attend and play football at William Penn College in Oskaloosa, Iowa from 1982-85.  During his playing career, he became the Statesmen’s all-time leading receiver with 158 catches in addition to holding two top-five single season reception marks.

Upon graduation from William Penn, Emendorfer began his collegiate coaching career as passing coordinator at Grinnell College in Grinnell, Iowa from 1988-89.  From there, he moved on to Quincy University in Quincy, Illinois from 1989-91 as the Hawks’ offensive coordinator. Emendorfer went on to join the Panthers’ staff as the offensive coordinator at Hanover College in Hanover, Indiana from 1991-98. Over the last five years at Hanover, the program compiled a 44-6 record with two undefeated 10-0 regular seasons, three conference titles, a Division III Player of the Year quarterback, and an offense that was ranked top three in Division III passing offense six times.

In 1999 Emendorfer moved to Platteville, Wisconsin after being named Head Coach at UW-Platteville.  In 2016, he became the Pioneers’ most winningest coach in program history and in the 2018 season he surpassed the 100-win mark.  Emendorfer is the ninth coach in Wisconsin Intercollegiate Athletic Conference (WIAC) archives to reach 100 wins.  He has earned the WIAC Coach of the Year Award twice and currently holds 10 WIAC records.  He has taken the Pioneers to their only two NCAA Division III playoff berths in school history, in 2013 and 2016.

Emendorfer just completed his 20th season at the helm of the Pioneers. He has coached many outstanding athletes at UW-Platteville including 13 All-Americans, 85 All-WIAC athletes, and four WIAC Players of the Year.

Mike met his future wife Lisa at William Penn College.  Lisa is a professor at UW-Platteville and Mike and Lisa have been happily married for 30 years. They are the proud parents of two children, Logan and Rachel.  Both children chose UW-Platteville for their undergraduate degrees and competed in athletics.  Logan played football for four years while younger sister Rachel is in her third year on the women’s basketball team.