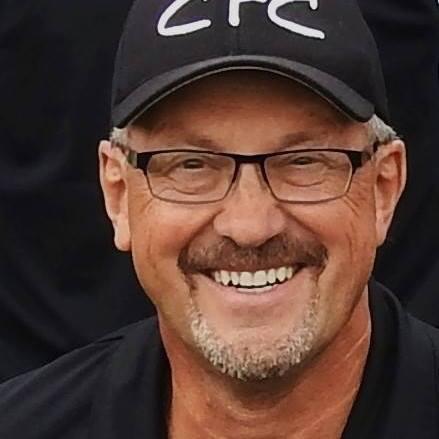 Steve was born in Whitehall, Wisconsin, to Aloizie and Helen (Thompson) Lyga.  He has three brothers (Michael, Timmothy, and Brian).  Steve was a four-sport athlete competing in football, basketball, track and baseball, earning 12 letters.  He is a 1977 graduate of Whitehall High School.

Coach Lyga has been the head coach at Cochrane-Fountain City since 1993.  Lyga’s squads have accumulated 131 victories with a Dairyland Conference record of 105 wins and 70 losses.  Coach Lyga’s teams have been consistent, finishing in the top half of the conference in 23 of 25 years.

Steve Lyga was the Dairyland Conference Rep for eight years. In 2003, he became the WFCA District IX rep and held the position until 2019 when the WFCA restructured to Regions. Steve has coached in three WFCA All-Star games (2011, 2013 and 2019) serving as head coach of the Division 4-7 All-Stars in 2013.

Lyga has been coaching athletics since he was 15 years old.  He started coaching little league baseball in Pigeon Falls, Wisconsin in1974. He coached different levels of basketball for 30 years, acquiring over 600 victories.  Steve also coached high school softball for 16 years, recording over 250 wins. He has taken two teams to the state tournament and has been in the sectional tournament seven times, winning nine of the last 10 Dairyland championships. He coached Women’s ASA softball, York-Northfield, picking up state titles in 1980 and 1981.  Steve was the first-ever head coach at UW-LaCrosse, starting the University’s softball program in 1981.

Tammy and Steve have been married for 33 years.  They have four children,  Jordan, Tanner, Parker and Kerrigan.

“I am extremely humbled to receive this honor.  Thank you to the WFCA, all of my assistant coaches and especially, all of the coaches I have had the pleasure to learn from and coach against during these three-plus decades of coaching football. I have made great friends in coaching and in life.  We are making kids better through the game of football!”