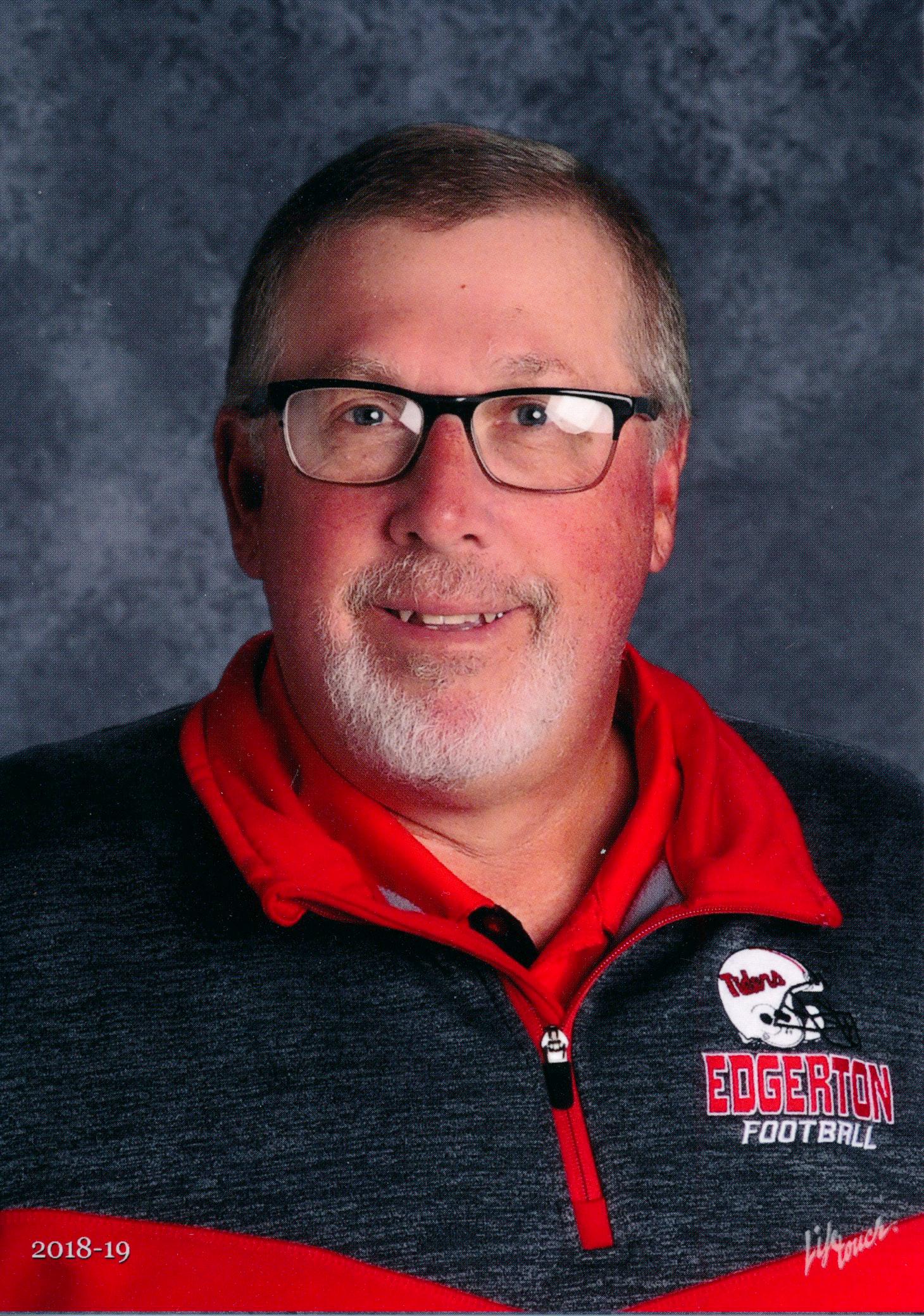 Mike was born in Elkhorn, Wisconsin, on August 29,1958, to John and Joyce Gregory. The oldest of three boys, he graduated from Big Foot High School in 1976 where he played football, basketball, and baseball.  He was named the Conference Player of The Year in football following his senior season, as Big Foot captured the Southern Lakes West championship in 1975.

Mike attended Ripon College, graduating in 1980. While at Ripon he played both football and baseball for all four years. He played on the Midwest Conference football championship team in 1977.  He was named a student assistant coach in charge of wide receivers his senior year, after a knee injury ended his football playing career.

As a Head Coach, Mike finished with a record of 96-98.  Overall, he was a part of 10 conference championship teams, including two (2013 and 2019) as head coach.  Teams he helped coach qualified for the WIAA playoffs 22 times, 11 while he was the head coach.  Mike’s 2018 team advanced to the WIAA D4 quarterfinals and finished with 10 wins, tying the school record.

Mike also coached baseball at Edgerton for 41 years, the last 34 as the head coach.  His baseball teams have won 12 conference championships and his 1990 team won the WIAA Class B State Championship. He was inducted into the Wisconsin Baseball Coaches Association Hall of Fame in 2017.

Mike has been happily married to his wife, Vicki, for 39 years.  Ironically, they met in her parents basement following the first football game of the 1980 season. They are blessed with three children: Matthew, Karie, and Bryan and two  granddaughters: Sloan and Rose.