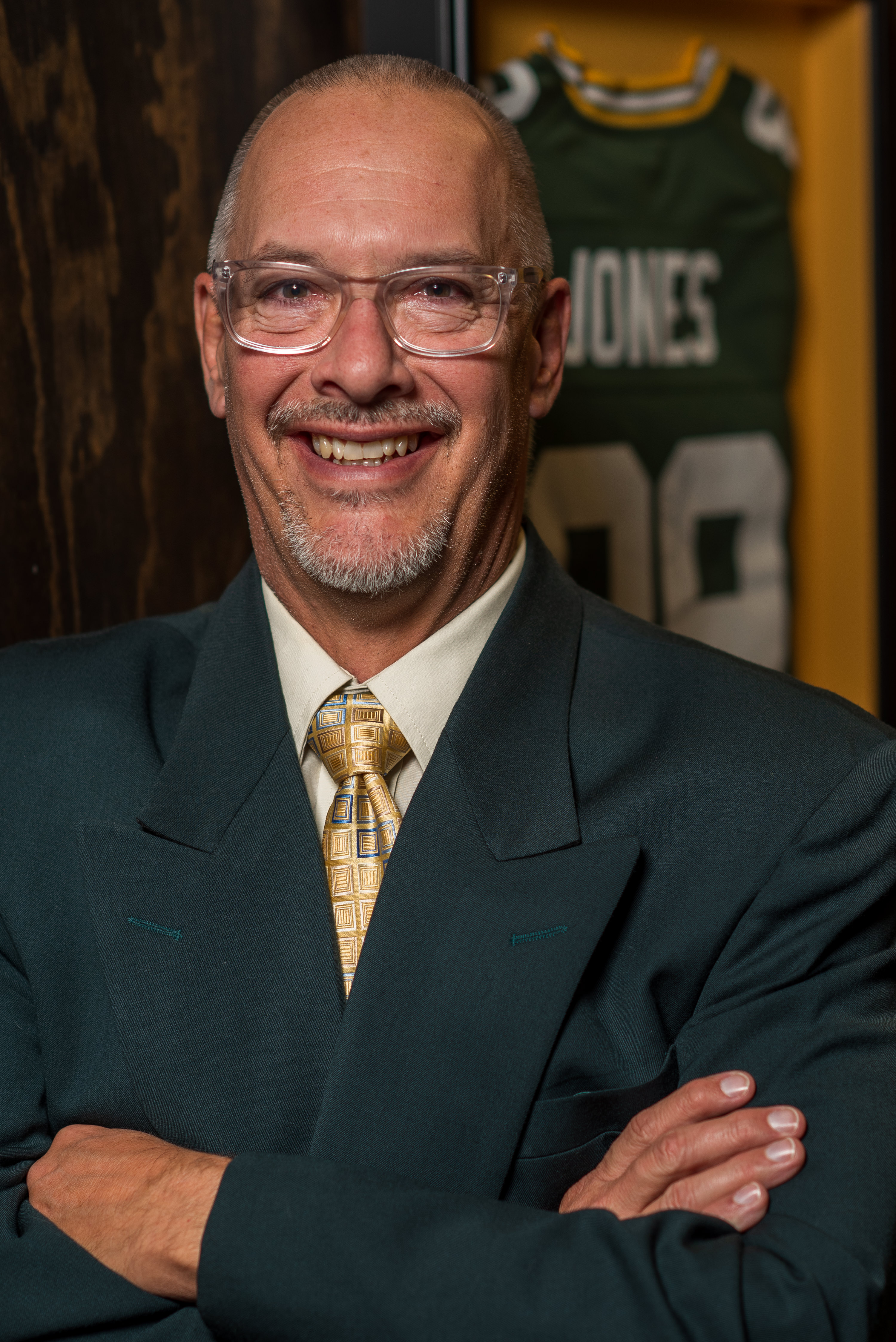 Mark was born in Ripon, Wisconsin, on August 1, 1963 to Les and Joanne Jonas. Due to his Dad’s career, they moved around a bit, finally settling in East Moline, Illinois. Mark graduated from Rock Island Alleman HS in 1981 where he played football, basketball, baseball and ran track.

Mark continued playing football at the collegiate level at Ripon College. He played for Hall of Fame coach Larry Terry, starting for three years at OLB and was named team captain his senior year.

Upon graduation, Mark started his teaching and coaching career at Reedsville HS under the guidance of Pat Popp. While there, he learned from some of the best while scouting on Saturdays in the Olympian Conference. Mike Moreau, Gerry Leiterman, Al Coenen, and Pete Kittel were just a few of the HOF coaches that Mark learned from.

After a 4-year stint at Reedsville, Mark moved on to Hilbert where he followed HOF’er Mike Moreau. In his first year as head coach of the Wolves, they won the 1994 State Championship which was followed up by another State win in 1996. Following a successful 11-year run at Hilbert, Mark moved on to coach in Oconomowoc where he followed another HOF coach, Ed Rux. Mark’s teams at Cooney won consecutive Wisconsin Little Ten championships for the first time since the 1980s.  Mark moved to Kaukauna following HOF coach, Glen Hinkens. At Kaukauna, the Ghosts had back to back playoff appearances and went to the third round of the playoffs. After that run, Mark took over at Ashwaubenon, following HOF coach, Ken Golomski. The Jaguars made the playoffs in 11 straight years and had two Undefeated Conference championships.

Overall, Mark’s teams went 167-104, won two State Championships, eight Conference Championships, and made 20 playoff appearances. Mark also helped numerous student-athletes achieve their dreams of playing football in college and the NFL. Colleges from the MWC, WIAC, GLIAC, Northern Sun, MAC, ACC, and the Big 10 have had athletes from Mark’s programs, even the NFL has one of Mark’s quarterbacks.

Mark followed 4 Hall of Fame coaches in his career. All of the programs either continued their success or built on those successes to achieve more than they had in years. Along with following these coaches, Mark either played for, coached with, or coached against 54 Hall of Fame members. Success certainly builds success.

Mark and his wife, Kristen, are proud parents of five children, Shaw, Cole, Maezy, Rhett, and Nelson. They live happily in Green Bay near the home of football, Lambeau Field.