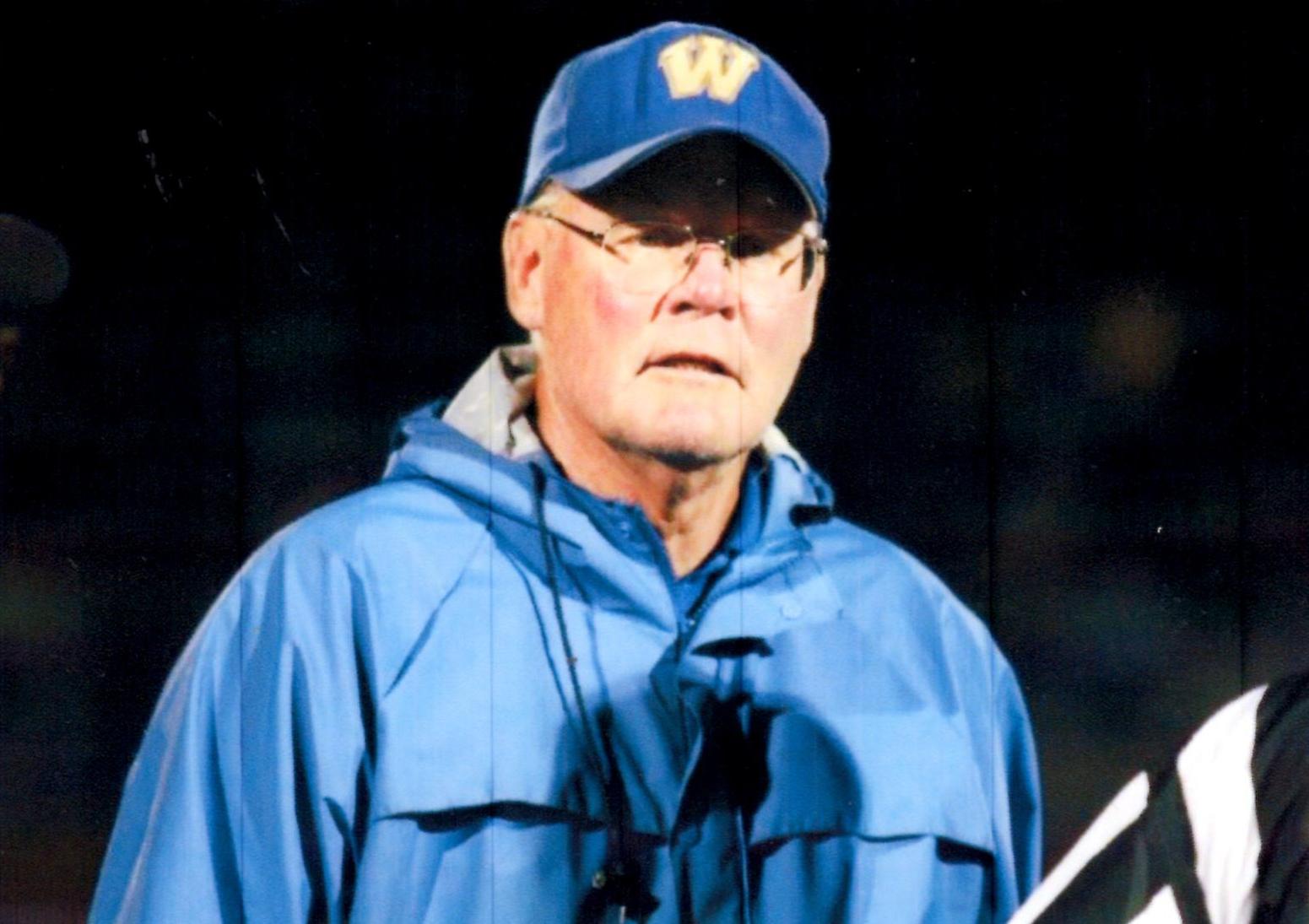 Terry was born in Green Bay, Wisconsin, on March 13, 1954, to Robert and Phyllis Schaeuble. His dad instilled the love of sports in him at an early age. He graduated from Wrightstown High School in 1972 where he played football, basketball, and baseball.

Schaeuble graduated from UW-Oshkosh in 1976 and his first job was teaching 7th grade language arts at Wrightstown Elementary School. He moved to the high school to teach physical education and English the following year and remained there for 32 years before he retired in 2009.

He began coaching football in 1976 as a volunteer assistant for Coach Mark Mitchell. From 1977-91 he was an assistant under the late Walt Maki, serving as offensive coordinator the last 12 years. He is forever indebted to Coach Maki for letting him gain confidence as a play caller and giving him great responsibility in running the program.

In 41 years as an assistant, all at WHS, Schaeuble was part of a stellar program that won 15 conference titles, three state championships, and made 30 playoff appearances. He is proud to have been part of all of those, 28 as a coach and two as athletic director. During that span the varsity has posted a 284-129 record. As a JV/Freshman coach for 29 years his teams are 168-55-3.

In addition to football, Terry coached basketball at WHS for 35 years. He was varsity coach for 15 years with a 196-138 record. Overall, he has 453 wins at the high school level. He was also head softball coach for four years reaching sectionals in 1983.

Schaeuble served as WHS athletic director for 19 years. He helped organize and coach youth sports in Wrightstown since the 1970’s. Terry spearheaded the fundraiser to help build Tiger Stadium. He was a WIAA official in basketball, baseball, and softball. He has served on numerous school-related committees, the last one to design the Wrightstown Wellness Center. He has been secretary of the Wrightstown Gridiron Association since its inception.

Community-wise he has carried on his family’s legacy serving as a village trustee since 2014 and his church’s president. Terry has been a proud Green Bay Packer season ticket holder for 57 years.

He has been married to Deborah for 41 years. She retired three years ago after 41 years teaching music in the Wrightstown school system. They have three children: Sara, Matt, and Mitch, and four grandchildren.

“I am so lucky. All I ever wanted to be was a teacher, coach, and AD. I had the chance to do that in my hometown and along the way met and married my wonderful wife and had three children I am so proud of.”