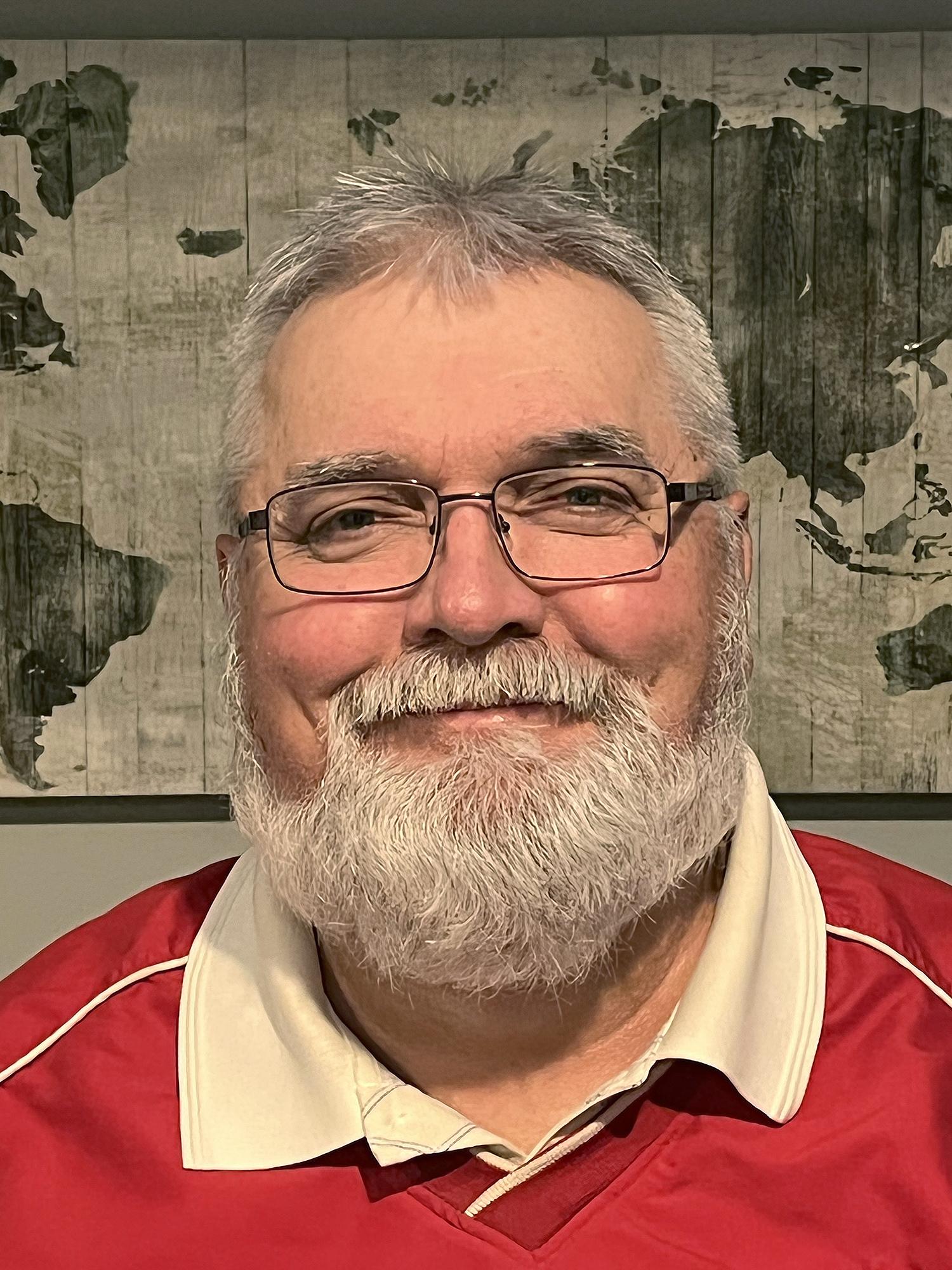 Scott was born in Wisconsin Rapids, Wisconsin, on January 9, 1959, to Robert and Carol Wotruba. He graduated from Wisconsin Rapids Lincoln High School in 1977, where he played baseball and football and was selected as an all area offensive lineman. Scott was fortunate to have been coached by two future WFCA Hall of Fame inductees, Ted Thompson and Dennis Johnson.

Following high school Scott enrolled at the University of Wisconsin Stevens Point. He played two years for the Pointers after which time, he decided he wasn’t sure what path in life he wanted to take.

While at UWSP he met his future wife Cindy. They have been happily married since 1981. They were blessed with a son, Zachary, who resides in Sun Prairie with his wife Angie and son Asher.

Between 1981 and 1993 Scott worked at a variety of occupations including bus driver, convention set-up and ski hill operator, bartender, cook, logger, janitor, and assistant restaurant manager.

Scott finally determined the path his life should take. He enrolled at the University of Wisconsin-Oshkosh majoring in elementary education. Prior to graduation Scott did his student teaching at Cambria-Friesland Elementary School in Cambria, Wisconsin.  Fortunately, there was a second grade position opening and he accepted a teaching position and assistant football coaching position starting in the fall of 1994.

Scott has been coaching with Jim Bylsma and Jim Knutson for the past 28 years. While at Cambria Scott has coached in a 203-98 win-loss record. He was selected as District 18 Assistant Coach of the Year two times and was WFCA Assistant Coach of the Year in 2016. Scott also coached in two state games, 1995 Division-6 State Runner-up, and 2002 Division-7 State champion.

Scott retired from teaching in 2021 and plans to spend time with his family fishing, hunting, pub crawling, traveling, and attending C-F football games as their biggest fan.

Scott would like to thank Jim Bylsma (HOF 2005) and Jim Knutson and all the outstanding players from Cambria-Friesland who have made his coaching career so rewarding. Special thanks to his wife, Cindy, for all of her support and all that a coach's wife has to endure 365 days a year.