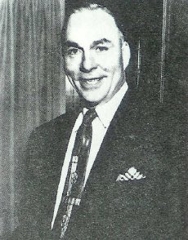 While at Milwaukee Washington, Lisle coached teams won ten City Championships. At one time there were Washington alumni playing for both military academies, Harvard, the Big Ten, the South, Pacific, all major leagues. Lisle was the winning coach of the North-South All Star football game the year before the series was discontinued.

While in high school at Lancaster, Lisle attracted attention with his ability on the football field. He later became a star at Lawrence University. After an outstanding career as a high school football coach Lisle coached the backfield at the University of Wisconsin under Harry Stuhldreher for one year and in 1949 he went to Marquette University as line coach. He was head coach from 1950 until 1953 at Marquette and in 1954 he became head coach of the Green Bay Packers. In 1958 Lisle went to Carroll College and returned to Marquette in 1959.

After Marquette dropped football in 1960 Lisle scouted for many years for a seven-team professional pool. It was during Liz's reign at Green Bay that the new City Stadium (Lambeau Field) was built and dedicated. Ceremonies were held September 29, 1957 when the Packers played the Chicago Bears.