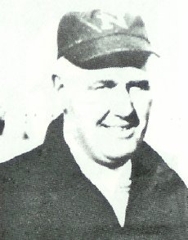 Teams at East High School in Green Bay won five championships and had 36 consecutive wins. At St. Norbert College Tom coached teams that won 4 championships. In 1927, his senior year at Notre Dame Tom was co-captain with "Red" Edwards. In 1942 he received the Navy Certificate for his efforts in the Nations Physical Fitness Program. In 1952 the Notre Dame Club of Green Bay selected Tom as their "Man of the Year". He received the St. Norbert College Alma Mater Award in 1959.