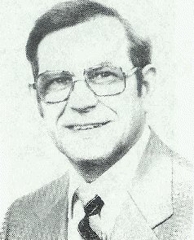 That same year Al was picked as the Wisconsin High School Coach of the Year. He also received the Fox Cities Sports Award in 1965.

Al was a popular clinic speaker and was noted for his research on "vision" in football. An early advocate of weight training prompted his presentation on this subject at the "Coach of the Year" clinic at Grand Rapids, Michigan in 1966.

He has coached basketball, baseball, wrestling and track. Al served one year as an assistant at the University of Wisconsin in 1947. For several years, beginning in1971 he was a member of the WISAA Football Championship Selection Committee.