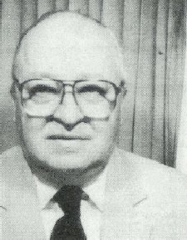 Herb won four championships while head coach at Madison East High School. His 1949 team was undefeated in the Big 8. Alumni and fans awarded Herb and wife a trip to the Rose Bowl in 1962. Two players - Steve Underwood and Pat Richter were co-captains of that team.

In 1978 Herb and wife were honored at an East Alumni Appreciation afternoon and awarded a trip to Hawaii.

Butch served in the military service during World War II.