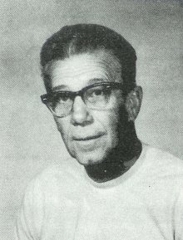 In 1964 Rush was presented with a trophy cup and jacket by team members and cheerleaders for more than 20 years of excellent leadership. In 1967 he was given a surprise recognition night for his years of service and guidance to Bonduel High School athletes and students. In 1975 the Bonduel High School football field was named the Rush Niles Memorial Field.

Rush coached his teams in basketball to over 150 wins and his track teams won 9 championships. Track teams were in the runner-up position five times in the State Class C Meet.

In 1974 the Wisconsin Athletic Directors Association honored Rush with a citation for 31 years of dedicated service.