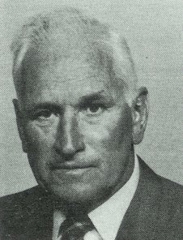 At Sun Prairie Fran coached his teams to 12 league championships in the Suburban Conference and two in the Badger Conference.

Fran was also head basketball coach for 25 years 1936-63 and his teams won 311 games while losing 146. Nine leagues championships were won during that period. He coached track from 1946 to 1956 and won 3 championships. As a baseball coach for seven years he earned one Championship.

Fran was athletic director at Sun Prairie High School for 8 years and retired from teaching in June of 1976 after 40 years. In retirement "Fran" coached 7th grade football and basketball at Sacred Heart School in 1976,1977, and 1978.