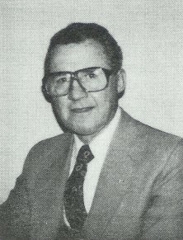 Howie had ten championships at D.C. Everest. In his last 18 years there were only 19 defeats. His teams went undefeated ten seasons. The 1971 football team was ranked number 1 in the state. In 1949 Life Magazine covered the Marinette-Menominee football game won by Marinette during an undefeated season. Howie started football at Everest in 1953 a new high school.

During his career he has also coached basketball, volleyball, track, and skiing. The stadium at Schofield was named Stiehm Stadium in 1977.

Howard has been in retirement from teaching since 1977.