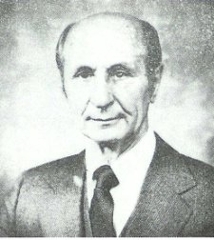 He moved to Marquette University in Milwaukee where he coached for two years. When Marquette dropped football Frosty worked for the Green Bay Packers before taking the head coaching assignment at Northern Michigan University. In 30 years of coaching he achieved his greatest collegiate success at Northern where his teams compiled a record of 55 wins, 19 losses, and 2 ties from 1957 to 1965. In 1965, his final season as head coach, he compiled a 7-3 record and was named A.P. and N.A.I.A. Coach of the Year. It was his second A.P. and fourth N.A.I.A. award.

Frosty was an outstanding athlete in high school and at Lake Forest College. At Lake Forest he was a member of Digamma Alpha Upsilon Fraternity, a member of the athletic board of control, and a member of Iron Key (honorary men's fraternity for all around abilities in scholarship, athletics, and leadership). He won the Clayton Mark trophy (most valuable player award) and captained the football team in his senior year.