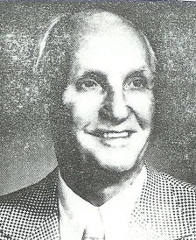 Willis began his football coaching while a student at the University of Wisconsin. He coached the first Edgewood high School team. After receiving his degree in physical education Willis coached at Beloit for four years. In 1933 he began a coaching career that would last for 35 years.

A man of versatility, as of 1981 Willis is the only coach to win state basketball titles at two different schools - Beloit in 1932 and Madison West in 1945. He coached seven Regent track teams to state titles and was an assistant for another. He started the West Relays in 1938 and managed this event for thirty years. This meet was built into the premier prep indoor event in the state. He also coached West to a state volleyball championship, a state ski title, and led both West and Beloit to golf championships.

In Madison Willis was selected as Mr. Olympics in 1965 and enshrined into the Sports Hall of Fame in 1974.

One of his most significant contributions was his effort along with Gus Pollock in the formation of the Four Lakes Football program in Madison.