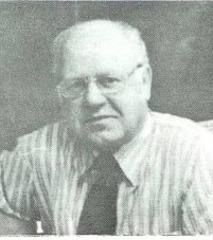 Norm began his coaching career at Poynette High School in 1937. Teams won at least one championship at Poynette.

He served as head football, basketball, wrestling, and boxing coach at Marion High School from the fall of 1940 until the spring of 1944.

From 1944 to 1946 he served as chief gunnery officer in World War II on a Navy gun boat. He saw extensive combat and received special commendation. He retired as a Lieutenant Junior Grade.

In 1967 he retired from coaching but continued to teach high school history including American History his specialty. After 37 years in the teaching field, Norm was forced to retire early because of cancer of the spine. He died August 14, 1977.