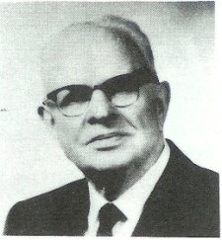 After his graduation from Milwaukee South Division High School, Art entered Marquette where he scored the first touchdown for that school as a university. He was an All-American mention as a halfback at Marquette in 1909.

At St. Johns Military Academy in 1910 his football team defeated Culver for the National Prep School Title and the basketball team also won the championship.

In 1912 he coached Oshkosh Normal to a football championship and his basketball team defeated LaCrosse 41-19 to win the State Conference title.

At Milwaukee Washington he coached that school to its first football championship. That team is still considered one of the finest in the school's history. His track teams at Washington won the State meet three out of five years, 1924-26, and 1929.

In 1936 Bay View High School won its first football championship with the coaching of Art Meyer. In 1943 he introduced the football program at Milwaukee Soloman Juneau High School.

Some personal honors earned by Art: in 1906 he ran the 100 yard dash in 10 seconds flat to tie the national record. He was never beat in the 100 and 220 yard dashes. In 1907 he won the all-around Northwest YMCA championship at Chicago. In 1912 he won the gold medal as best all-around athlete at Michigan Normal School. In 1954 the south side Lions Club and south side Old-Timers presented South Division High School with a life-size picture of Art Meyer in his football uniform. This still hangs on a wall in the high school.

In 1962 the Bay View Alumni Association gave Art a plaque honoring his success as their football coach. He served as President of the Milwaukee Coaches Association and as an officer of the Wisconsin Federation of Athletic Officials. Art dedicated 42 years of his life to the great game of football as a coach.