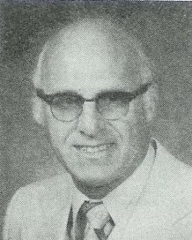 John coached football for 26 years. 20 years at Randolph High School. In 1982, we was in his 32nd year as basketball coach and was named to the Basketball Hall of Fame in 1980. His basketball teams won ten championships.

In twenty years as track coach his teams won seven championships. He coached baseball for six years winning one championship.

His football teams at Randolph were ranked number two in 1964 and number on in 1965. John served on the play-off committee for two years.