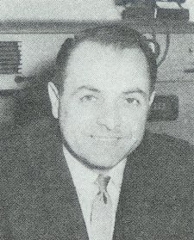 His record was 73 wins, 17 losses and 4 ties, six conference championships. All six were undefeated seasons. Teams had 43 wins in a row without a loss. They had only one loss in 48 games.

Dick coached football for twelve years at Waunakee High School. He coached basketball for seven years and was baseball coach for eight years. His baseball teams won seven conference championships while compiling a record of 94 wins and 16 losses.

Dick has had football articles published in the Coaching Clinic and the WIAA Bulletin.

After serving in the Army during World War II Dick went on to the University of Wisconsin where he played baseball under "Dynie" Mansfield. He became principal at Waunakee in 1960 and was District Administrator prior to taking a job with the Department of Public Instruction.