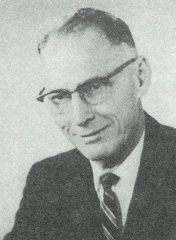 Glenn was a coach for over 30 years.  Besides football he coached basketball, baseball and track. His twenty-year record in basketball was 155 wins 99 losses and six conference championships.

He served as athletic director at Medford for 10 years.

As an athlete Glenn was a member of two undefeated football teams at Eau Claire High School.  He was selected as the most outstanding player his senior year as well as all Northwest halfback.  He was a college all conference halfback in 1930 and was co-captain his junior year.  In 1930-31 he was voted the male athlete of the year at Eau Claire State.

In 1949 Glenn was an assistant to Frosty Ferzacca on the North all-star team that defeated the south all stars 23-0.

Glenn retired from coaching in 1969.