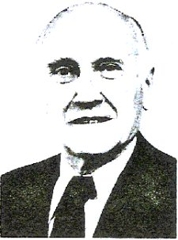 Bill was head football coach at Willmar for 33 years. He retired after the 1977 season.

Hansen grew up in Suring, Wisconsin. His father was a logger-farmer. Bill knew little about football or other sports until he moved to Oconto Falls, near Green Bay, where he played halfback and captained the football team.

He attended college at Oshkosh State and Stout State where he played halfback. Bill was named Minnesota High School "Coach of the Year" in 1964 and 1977. He was President of the Minnesota Football Coaches Association in 1965 and Region 5 "Coach of the Year" in 1970. He helped organize and establish the annual All-Star game in Minnesota and contributed to the original committee that organized the State Football Play-Offs.