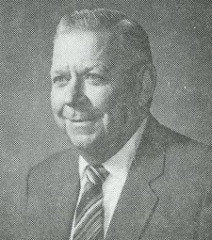 Ozzie graduated from Darlington High School in 1936, and attended Platteville Teachers College until 1940.

After graduating from Platteville he was assistant football and basketball coach at Wilmot, Wisconsin from 1940 to 1942. From 1942 until 1944 he was head football and basketball coach at Spring Green, Wisconsin, where he compiled a 13-0-1 record and won two football championships and two basketball championships. In 1944 he moved on to Shawano where he remained until 1948. His record was 9-16 while he was there. In 1948 he took over the duties of Head Football Coach and Athletic Director at Cuba City. While at Cuba City he was head football coach for 19 years, compiling a record of 79-64-6 and two conference championships. His overall record was 101-80-7, with three undefeated seasons.

In addition to coaching football he also coached basketball at Spring Green, Shawano and Cuba City, compiling an impressive record of 172-81 and four championships. In 1948 he had a team in the state tournament. In the four years he coached baseball at Cuba City he was 39-15, acquired two championships and was state runner-up one year. In 1950 he was assistant coach of the South All-Star team.

Ozzie retired in 1980, giving up his Math and Athletic Directors job that he held for 32 years. Both his high school coach, "Wadsy" Martens and College coach "Butch" Leitel are members of the Wisconsin High School Football Coaches Association Hall of Fame.