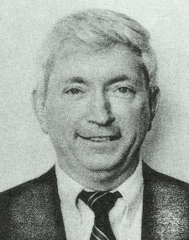 He began his coaching career at Grove City in 1958. In 1960 he moved to Barron as football and track coach and in 1965 his football team was ranked number 1 in the state. In 1967 his first year at Sparta he coached his team to a conference championship. He coached at Hempstead High School in Dubuque, Iowa from 1969 to 1974. He became head football coach at Whitewater High School in 1974 and in his 11 years as coach compiled one of the best success stories in the state. He had amassed a record of 75-37 and his teams had won six Southern Lakes Conference championships. In 1980, Warren led his Whippets to the WIAA Division II State football championship. They were runner-ups in 1981 and quarter-finalists in 1983.

Jim was a member of the Wisconsin High School Football Coaches Association and its Board of Directors, the Whitewater Education Association, Scottish Rite Masons of Eau Claire, the Walworth County Board of Realtors, the Warhawk Quarterback Club and the Whitewater Country Club.

Jim's greatest reward was in having boys come back to see him, to keep in contact and to see them mature.