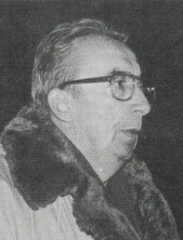 Walt played football, basketball and baseball while a student at Glenwood City High School. He also played basketball while serving with the U.S. Army.

In his 24 years as football coach at Marshfield Columbus Walt was selected Central Wisconsin Catholic Conference Coach of the Year 8 times. His 1980 team won the State Championship. They finished second in 1981. He was the Wisconsin High School Football Coaches Association "Coach of the Year" in 1981.

He was an assistant in the first game in 1977. As a track coach Walt's teams at Milwaukee Lincoln won the City indoor and outdoor championships in 1962-63. At Marshfield in 1966 his track team won the State Class B Championship.