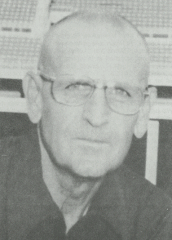 In 1961 Dick did graduate work at the University of Georgia where he helped in football and tutored Frank Tarkington.

In 1962-63 he was head line coach at the University of Wisconsin-Milwaukee. During his years in the Milwaukee Schools he also coached basketball, boxing, baseball and track. He was honored five times as the Milwaukee Football Coach of the Year.

At this time one of Dick's ball players, Dan Turk, is playing for the LA. Raiders. Contributing to and establishing a winning tradition in athletics and academics at Milwaukee Rufus King and James Madison High Schools has been Dick's greatest achievement.