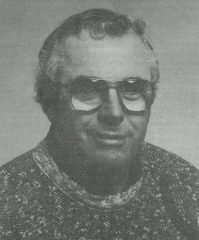 After graduating from Platteville, Howie entered the U.S. Army where he served with the 48th Medical Company and did a tour of duty in Germany.

After the service he taught and coached at Avoca for two years. In 1962 he began his long tenure at River Valley as a teacher and coach. He was Head Football Coach for 21 years. His teams won six Conference Championships and were runners-up in the SWAL seven times. River Valley made the semi-finals the second year of the playoffs. Howie also coached basketball and track. He was Athletic Director for 12 years, Student Council Advisor for 8 years, and started the Student Assistance Program.

Howie was one of the first coaches in the state to establish a summer football camp for young men coached by high school coaches.

Upon retirement Howie was honored by the River Valley Board of Education with the establishment of the "Howard Murphy Outstanding Student Athletic Award." This award is presented each year to the River Valley Senior who is a two-sport athlete with the highest GPA in the class.