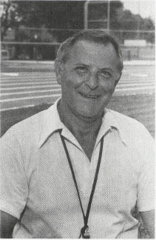 Earl "Mike" graduated from Chilton High School in 1942 and as a senior played on the 1941 team that won the Eastern Wisconsin Conference Championship.

From 1944 to 1946 he served in the Pacific Theatre with the 98th Infantry Division during World War II. While in Japan he played on the 98th Division football team as part of the post-war Armed Services Pacific Olympic Football Program.