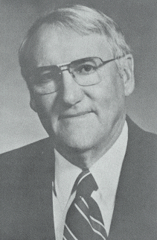 At Portage High School Harold earned 10 varsity letters in football, basketball, baseball and track. He was the football Captain in 1925. He played at Wisconsin in 1927, 28, 29. The 1928 team (7-1-1) was ranked nationally and defeated Alabama, Michigan, and Notre Dame in the same year. Bronco Nagurski called him the greatest player he faced. Harold was Wisconsin's MVP in 1929. He played in the Texas Shriners game on New Years Day 1930. He was awarded the first Harlen B. Rogers Scholarship at Wisconsin. Harold played professional football in 1930 with the Oshkosh entry against the Green Bay Packers.

He coached 36 years beginning at Kingsford High School, Michigan, in 1931 as a science teacher, coach, and AD. In 1933 he moved to Portage High School. He was head football and basketball coach as well as AD. At Portage he had two undefeated teams in football and one golf championship. In 1935 he was appointed head football coach at Janesvllle High School. Janesvllle won the Big Eight Football Championship in 1937, which included a defeat of Beloit, the first in 25 years with 12,000 spectators in attendance. Bill Brandt, national sports broadcaster, reported the game in a national radio program titled "The Number One Community Sport in America Today - High School Football." On May 9, 1992, Harold was inducted into the Janesvllle Hall of Fame.

In 1940 Harold moved to Kearney High School, New Jersey. Harold was an honored guest at the Heisman Award Banquet in 1941 and 1954. While at Kearney High School they won the Group IV State Football Championship. Harold also served as head football coach at Harrison High School and Montclare State College in New Jersey in the late 1940's. He also served 11 years as Sports Director for the Salvation Army's Ironbound Boys and Girls Club in Newark, New Jersey, in the 1950's.

He retired in 1967 from teaching and returned to Columbia County, Wisconsin, as a juvenile court worker from 1968-71. In 1979 the City Council of Portage and the Board of Supervisors, Columbia County, passed a resolution commending Harold as athlete, teacher, coach, and court worker, and recommended him for the State of Wisconsin Hall of Fame. In 1979 Governor Lee Dreyfus presented an executive proclamation to Harold for more than 50 years of achievement and service to youth in Inducted in 1994

Mert graduated from Algoma High School in 1933 where he earned 8 letters (3-football, 4-basketball, I-baseball). He was elected basketball co-captain '31-'32 and captain '32-'33. At River Falls, he earned 12 letters (4 each in football, basketball, and baseball). Mert was named to All-Conference 1st Team as an end 3 years and was the only unanimous choice in '37. He was named captain of the '35 football team and was student coach of the '38 State Championship football team. Versatile in basketball (center, guard, forward), he helped lead the Falcons to a conference championship in '36. In baseball, he played 1st base, clean-up batter in the line-up, making a name for himself in extra-base hits, homers and triples. He would return home in the summer to play for the Algoma Wolves in the Eastern Wisconsin State League. In the midst of his college career, a serious illness and a professional baseball stint in Crookston, Minnesota-Northern State League, delayed college completion until '39. Mert served in the US Navy '39-'41.

In '41, he began his 36-year career in Wisconsin Public Education holding teaching/coaching positions in Centuria, Hawkins, Prescott, and West Bend before moving to Lancaster in '46. Along with various teaching duties Mert coached track until '49, basketball until '54, baseball until '56 at which time he started and coached a boy's golf team until '77, taking 3 titles. In '76 he developed a girl's golf team, coaching until '77. After 18 years, he retired from football in '64 compiling a record of 88 victories, 36 defeats, and 17 ties (not including the large winning percentage of preseason games not recorded). His teams won 3 SWAL championships ('47, '48, & '53).

Along with his teaching duties, Mert served as Athletic Director from '64-'77 and Assistant Principal from '74-'77. In '77 he retired from teaching and it was at this time Mert was named a Charter Inductee of the UW-River Falls Athletic Hall of Fame.

(*) In memory of Mert Wulf: A dedicated coach and teacher for 36 years, Coach Wulf attempted to instill in each of his athletes a balance of technical sportsmanship, perseverance, and fortitude. Prior to his death in '86, Mert chose a monument in the shape of a football, which reflects his dedication and love for athletics and education.he State of Wisconsin