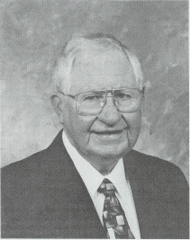 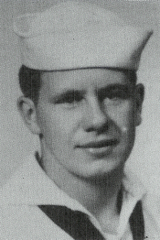 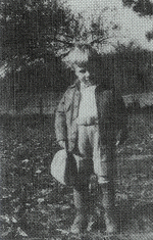 In high school Milo participated in football, basketball and baseball. The 1941 football team was undefeated and the 1941-42 basketball team won the championship. He received the outstanding athlete award at Stoughton in 1942.

Mike served in the United States Navy during World War II, from 1943-1946. He took part in the Philippine Island, Iwo Jima, and Okinawa campaigns.

Mike began his teaching and coaching career at Glenwood City in 1950. He suffered through three winless seasons at Glenwood City before moving to Mondovi in 1953. In fourteen seasons as head football coach at Mondovi High School, he compiled a 70-34-5 record. He won or shared five consecutive conference championships. His record during these five years was 31-7-2. He had one undefeated team.

Mike also was the head baseball coach at Mondovi High School for fourteen years. He was an assistant coach in football and basketball for two years. He served as athletic director for seven years. In 1963 the students at Mondovi High School dedicated the yearbook to Mike for outstanding teaching and coaching. Mike was a football and basketball official for 17 years, officiating high school and WSUC college games.

Mike retired from coaching in 1968 when he was appointed the principal of Mondovi High School. He served as principal for nineteen years until he retired from the field of education in 1988. He had a thirty-eight year career as a teacher, guidance counselor, coach and principal. He was active in numerous education organizations including the Mondovi Education Association, NWEA, WEA, WHSCA, NEA, and the NASSP. He was a charter member of the Association of Wisconsin School Administrators (AWSA) and served on its retirement commission for several years. He served as president of the Middle Border Conference for one year and was their representative on a WIAA realignment committee. He served as president of the CESA #6 principal's organization for one year.