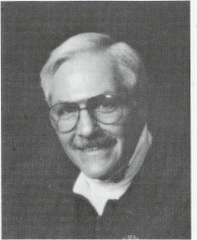 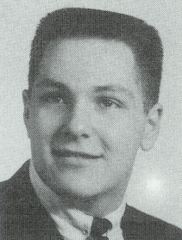 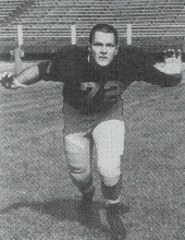 Member of Wisconsin Football Coaches Association; speaker WIAA Rules Interpretation meeting; assistant coach 1985 Shrine Bowl. Bill was born in Menominee, Michigan in 1937. He participated in football, basketball, and baseball, playing on a city championship team as a senior. Bill played football at Marquette University from 1957-1959. He took over as head football coach at Milwaukee South in 1964 after serving 3 years as an assistant.

Bill was very influential in the opening of a new South Division in 1977. He helped organize programs at the Boy's Club, youth football programs and served as a chairman of the Milwaukee Metro Coaches Association.

In the classroom Bill developed the curriculum for and coordinated the career specialty in sports, health, parks and recreation at South Division, one of only four similar magnet programs in the United States. He also organized two of the first high school/university partnerships when South was united with UW-La Crosse and UW-Stout.

Bill was named City Conference Coach of the Year in 1976 and Channel 12 Southeast Wisconsin Co-Coach of the Year in 1979. He is a recipient of the WFCA 30 Year Service Award and the Victors Award. He served as Chairman of the Milwaukee City Conference Realignment Committee as well as the District Representative for the WFCA and the WIAA Coaches Advisory Committee. In 1977, he represented the sport of football on the MacNeil-Lehrer Report on public TV, as a panelist on a debate pitting football versus soccer. He performed as color commentator during the WIAA football finals from 1990-1993 on the statewide television network. He coached the South Shrine All-Stars to a 6-3 victory in his final game in 1994. Bill's record at South Division was 122 wins, 133 losses and 5 ties.