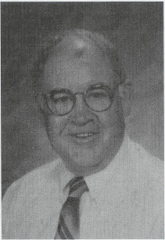 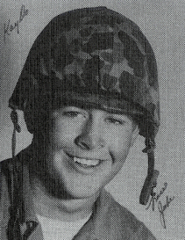 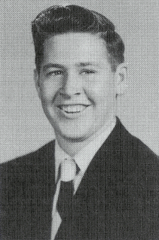 "Coaching and being a principal gave me the opportunity to make a difference in the lives of many young adults. What I received in return in beautiful memories and life-long friendships outweighs the hours of work and leadership required."

After graduating from Bruce High School in 1956, John entered the U.S. Marine Corps and played football for the 4th Marine Brigade. He entered UW-River Falls in 1958 and was a three year letterman on the Falcon's football team. He also received two letters in golf and track. John received the Phil Belfori award for being the letterman who contributed the most to the university. His coaching and teaching career started at West Grant Schools in 1963. While there he was head football and track coach, assistant basketball and athletic director.

In 1964, John accepted the head football coaching job at Lomira High School, where he went on to compile a 61-17-3 record. He started one of the first and best power lifting programs in the state. Under the direction of John, the Lomira Lions captured three conference champions and two undefeated seasons. John gives much of the credit for his record to three knowledgeable and loyal assistant coaches, Don Koepnick, Don Benedict and John Nichols.

As a Lomira and Brownsville fireman and Lions Club member, he became an active part of the community and made many life-long friends. In 1974, John gave up coaching and became principal of Blackhawk High School in South Wayne, WI.

One year later he became principal at Cuba City High School, where he has spent the last 22 years. He prides himself as an administrative leader in the development of Cuba City High School as one of the top educational and athletic institutions in the state. While principal, Cuba City has made 17 appearances at the State Tournament and brought home nine gold and two silver trophies while being the smallest school in the conference. John has served as a member of the WIAA Advisory Council, volleyball official selection committee, AWSA Principal’s Commission and long time president of Cole Acres Country Club.

"Coaching and being a principal gave me the opportunity to make a difference in the lives of many young adults. What I received in return in beautiful memories and life-long friendships outweighs the hours of work and leadership required."