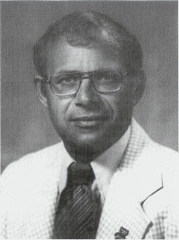 For 37 years Jerome has been actively involved in all levels of athletics in Wisconsin and has been a member of the Wisconsin High School Football Coaches Association since its inception. Recently, he has served as a liaison between the UW staff and the high school coaches. As a player, coach, administrator, and academic consultant, he has influenced many Wisconsin high school, college, and university student athletes.

Early in his career, Jerome taught high school history and physical education in addition to his coaching duties. He has also coached at Division III, II, and I. At Horlick High School, his teams won 3 conference championships; he was Big 8 Coach of the Year in 1961 and 1966. In 1967, the Horlick team was 9-0, tying for what would have been a State Championship.

Jerome developed and taught coaching certificate course (College of Racine), and a coaching psychology class (UW-Parkside). At the University of Wisconsin, he has worked with the athletic department to develop academic support policies for student athletes. He has also been active in evaluating student athletes and relating to their families of all social-economic status and race.

"I believe that good coaches are good teachers first and the best teachers are good coaches first. Good teachers and coaches do not just teach subjects or sports; they teach and coach young people first and then teach the subject or sport. My greatest satisfaction is that I have had the opportunity to work with young people at all levels: both rural and urban high schools, Division III, II, and I college. "