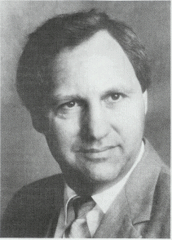 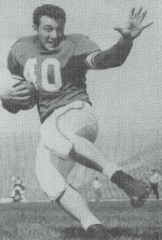 Rudy participated in football at Fenwick High School for four years, earning All-Catholic, All-City, and All-State football honors. He entered Michigan State University in 1953 and played on the 1956 Rose Bowl Championship team. He graduated in 1957 and took his first coaching job at Cathedral Boys High School in Springfield, Illinois.

He moved to Fenwick High School in Chicago in 1959 and coached there until 1963. The Fenwick staff produced a five-year record of 51-6-1 in one of the toughest leagues in the country. From 1964-66 Rudy coached at the University of Nebraska, helping to produce championships in 1964 and 1965, and appeared in the Cotton Bowl in 1965 and Orange Bowl in 1966.

Rudy also served as a scout for the San Francisco 49ers in 1966. In 1966 he was named assistant head coach at Dakota State College. He moved to UW-Oshkosh in 1968 and helped produce their first WSUC champion in 33 years. Rudy accepted the head coaching job at Milton College in 1970 and remained in that position until 1982, when the school closed. While there he coached undefeated championship teams in 1975, 1977, 1978, and 1981. He was elected Coach of the Year in 1975, 1977, 1978, and 1980. Milton College was the only undefeated team in the NAlA Division II in 1975. Rudy coached four NAlA All-Americans while at Milton. He also had eight players sign with the NFL, most notably Dave Krieg, 15 years pro with the Detroit Lions. Rudy completed his coaching career at UW-River Falls in 1984 where they were Co-WSUC champions.

Rudy was chairmen of the health and physical education department at Milton College and served as a professor of physical education at UW-Oshkosh and Dakota State University. He also served as Associate Athletic Director UW-Whitewater and as Athletic Director at Milton College. Rudy has served as President of the Milton Business Association, Milton Chamber of Commerce, Milton Senior Citizens Center and as a member of the Milton Zoning Committee. He has also served as Director of the Industrial and Economic Development Corporation in Milton. Rudy served with our armed forces and was honorably discharged in 1958. He belongs to the American Football Coaches Association, Phi Epsilon Kappa, Michigan State Alumni Association, St. Jude Bike-A-Thon Chairman, National Association of College AD's and has served on the advisory board for North Austin Boys Club, Chicago, Illinois. Rudy serves on the St. Mary's Catholic Church Council and has been a State Farm agent the past 10 years.