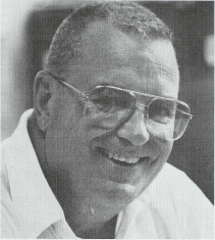 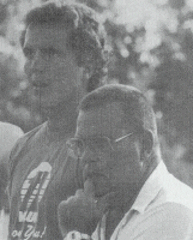 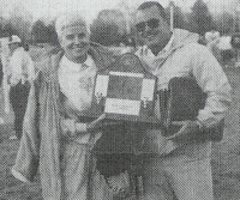 Don was born in Green Bay. Following graduation, he attended UW-Madison for a semester and then he transferred to St. Joseph's College in Rensselaer, Indiana. After one year he moved on to St. Norbert College from which he received his degree in history. He played football at both St. Joseph's and St. Norbert's. After graduation, he was off to a two-year stint in the Army. He coached basketball in the service at Camp Kilmer, N.J., and played football at Fort Devens, MA, where he was an officer in the 74th RCT.

He began coaching at St. Mary's Springs in Fond du Lac for one year before moving on to Beloit Catholic for a two year stay. While at the helm of the Crusaders, the school won two conference championships in baseball and one each in football and basketball. Don returned to Abbot Pennings and took over as head football and head basketball coach. He remained there for 24 years.

While at Pennings, the football team made the 4-team playoffs for the state football title in 1971,72,77,79, and 82. The Squires won the WlSAA football title in 1971. The football record at Pennings during those years was 140-89-6, with 6 conference championships. While he coached basketball, the Squires won 324 games and made 8 state tournament appearances. He was named the Fox Valley Coach of the Year 5 times for football and 7 times for basketball. He was also named the Green Bay Metro Coach of the Year for basketball 5 times. His record for basketball on the high school level was 370-245.

Don coached St. Norbert College football to a 59-43-1 record in 11 seasons. The Knights won 4 Midwest Conference titles and made the NCAA Division III playoffs in 1989. In three years as basketball coach, his record was 36-30.

Some of the honors Don has accumulated over the years are: The Elks Club Leadership Award in 1972, the De Pere Rotary Club's Roses for the Living Award, being an assistant coach for the North-South High School Shrine Game in 1979, the Distinguished Achievement Award in Education from St. Norbert College, the Red Smith Fox Cities Sports Award for outstanding coaching achievement, the WISAA Man of the Year Award in 1982, and in 1992, he and his wife, Anne, received the Notre Dame Academy's Founders Award for Catholic Education.