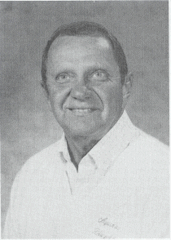 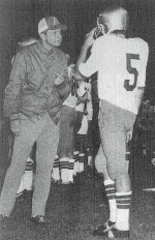 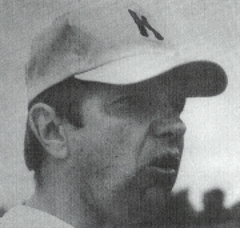 In 1961, Dave was hired by St. Thomas Aquinas High School in La Crosse, Wisconsin. The past 34 years have been spent at that school. His coaching tenure began as an assistant coach in football, basketball, baseball and track. He served in this capacity between 1961 and 1972.

"This award is the pinnacle, the top of the mountain, the climax of one man's career. As I look back, I can say with pride that I'm glad I was a coach. One of the greatest opportunities to teach about life occurs on the football field. Where else in growing up does a boy learn about cooperation, teamwork, sacrifice and perseverance in the face of defeat and self-control in the face of victory. The football field is a microcosm of life and all its challenges. I was part of their growing up - I'm proud of that. I thank God for all He has given me - my parents, family, fellow coaches, and particularly the boys I watched grow into men while playing the sport of football."