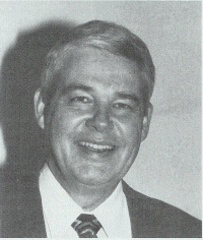 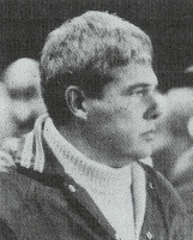 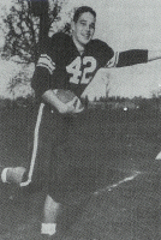 Bob began his athletic career at Kendall High School and lettered four years in football, basketball, and baseball before graduating from Royall (Elroy-Kendall combined). He had the distinction of playing on a championship 8-man football team in 1959 and an 11-man team in 1960. As a basketball player he was all conference for three years.

Bob’s head football career record is 98 and 95. Championship teams included Suring (1970), Oshkosh Lourdes (1974), Green Bay Premontre (1984 and 1985) and Nicolet (1989). His Premontre teams were 21-5, along with two consecutive W.I.S.A.A. state championship runner-up awards. His 1989 Nicolet team won only the second title in the school's thirty-year history. In 1974 Bob had his cinderella season. After taking a team that had only won three games the previous two years, Bob led the team to a W.I.S. A.A. title. For this accomplishment he was selected by the U.P.I. Coaches Committee as their WISC Prep Coach of the Year.

In addition Bob has received several other coach-of-the-year-honors. These include:

Over the years, Bob also has worked as an assistant in basketball, football and track. He served nine years as an athletic director and coordinator at Cedarburg, Premontre, and Nicolet High Schools. Bob has served as a clinician at several football clinics and worked football camps for ten years. Bob spoke at the first W.F.C.A. Clinic in Madison in 1975.

Bob cites, "Being a part of the Hall of Fame is a great honor, but the real reward has been the opportunity to be part of the great football coaching fraternity, and to have worked with so many great coaches and players. Having had Joe Rothbauer of Lourdes, and Craig Raddatz of Cedarburg go on to be captains of the Wisconsin Badgers was a great highlight. To see Pat McKenzie of Lourdes on the sideline of the Green Bay Packers as their team physician is a great thrill. Having had the opportunity to serve as an assistant for Don Dalton at the 1990 All Star Shrine Game was also a great honor."

"John Brodie, Bob Larsen, Harold Schumerth (current members of the Hall of Fame), and my cousin Dave Collins had a strong influence on how I coached the game of football. I credit my wife, Sylvia, and my parents John and Catherine for providing the support and patience necessary to pursue my career."