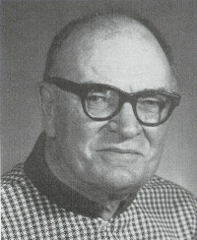 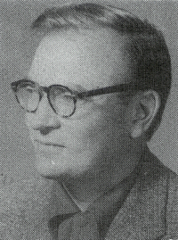 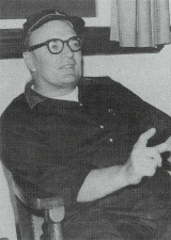 In high school, Marty was an honor student. He lettered in football, basketball, and baseball and also won medals competing in the debate program. Marty pursued his baseball interest and became a college pitcher at St. Thomas College in Minnesota.

Coach Crowe started teaching and coaching at Hillsboro High School in 1941. He taught English and History and coached football and basketball. In 1942 he moved to Hudson High School. He coached and taught there until the original coach returned from World War II in 1945. He then moved to Eau Claire St. Patrick's High School, which later became Eau Claire Regis High School. At St. Patrick's he coached two young men who later became University of Wisconsin greats. Jim Miller became the UW quarterback in 1953 and Pat O'Donohue was an All-American end on the 1951 "Hard Rocks."

From Regis he moved on to Marshfield Columbus High School where he had many great teams. He then moved to Austin, Minnesota Pacelli High School, followed by a stop at JFK Prep in St. Nazianz, Wisconsin. During this period, Marty also coached the Manitowoc Chiefs semi-pro football team and was selected Coach of the Year. The next teaching and coaching stop was at McDonell Central in Chippewa Falls, Wisconsin.

Following his service to McDonell Central, Marty retired from teaching, but not coaching. He continued coaching at Eau Claire Regis and was on the staff when they were crowned state football champs in 1992. While at Regis he had a daily radio sports show. Only a broken hip kept him from coaching in 1993.

Marty's interests were not isolated in teaching and coaching. He had a keen interest in politics and ran for Congress in the 1940's. He was a sought-after public speaker and spoke at many banquets and high school graduations. He wrote a sports column for the Green Bay Gazette and acted in a radio show in Detroit, Michigan. Coach Crowe also acted in the theater in St. Paul, Minnesota.