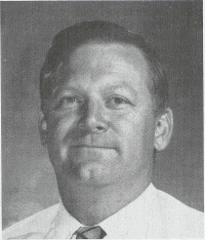 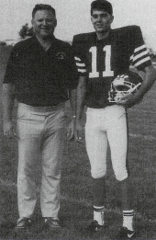 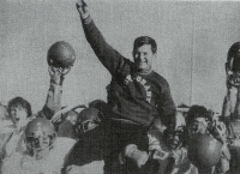 As head coach, Garry compiled a 137-43 record. He coached five undefeated teams in 1976, 1977, 1979, 1988 and 1993. There were six conference championships and five play-off appearances, resulting in one state championship and two runners-up. Garry was named Wisconsin High School Football Coach of the Year in 1977, and named District Coach of the Year 5 times. He was an assistant coach of the South Shrine All Star Football Team in 1980 and was privileged to be named head coach of the South Squad in 1992.

Garry served as a district representative on the WFCA board from 1990-1992. He has also coached basketball, track and golf during his 28 years at lowa-Grant High School. Garry led the Iowa-Grant track team to a second place finish at state in 1970. Presently serving as the high school guidance counselor, he has also taught K-12 physical education and driver education at Iowa-Grant.

"I feel very honored to become a member of the WFCA Hall of Fame. I have always had a passion for coaching young men, especially in football. Football is the most honest team-oriented game that a young man can participate in and learn from. I thank God, my wife Karen, my daughter Karl, my son Jeff, and my good friend and 26 year fellow coach, Doug Bark, for supporting me during all my coaching experiences. Football is a very important part of a young man's high school experience. Coaching my son Jeff in high school and the Shrine All Star Game were highlights for me in a career of many great memories; although the births of our daughter Karl and our son Jeff are my most precious memories."