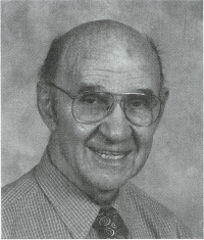 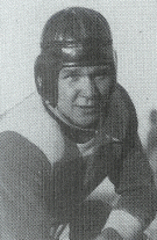 Received Youth Award (1958) at banquet given by St, Mary's Czestochowa for outstanding record of builder of men and a family man.
Presented with "This Is Your Life" (1955) by Racine St. Catherine's Pep Club. Community invited.
Presented with "Certificate of Appreciation" (1957) for valuable leadership and training rendered to youth of Racine - given by friends of Racine St. Catherine's and community of Racine.
Awarded by American Red Cross for volunteer services teaching all levels of swimming and life saving.
Inducted into "Hall of Fame" Loyola Marymount University, California, for football, 1935-1937 and hockey - 1935-1937.
In 1985 "The Milwaukee Magazine" selected him as one of the 85 most interesting personalities in Milwaukee.

Ed was born and raised on banks of the Monongahela River, Pittsburgh, Pa. Uncle brought him to Milwaukee and enrolled him in Pio Nono High School where he played football, basketball and baseball, earning all-state honors in basketball. Recruited by Loyola Marymount, Ed played blocking back in the Notre Dame shifting offense. He played 4 years of football and 3 years of hockey. In football, as an independent, Loyola played the likes of USC and UCLA. The hockey team won the Pacific Coast championship three years in a row, gaining a place in the United States Hockey Hall of Fame in Eveleth, Minnesota. Ed was All-Pacific-Coast goalie two years and was the only goalie on this planet, who scored a goal. Bob Ripley featured this in his "Believe-it-or-not" column.