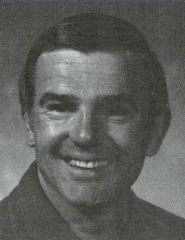 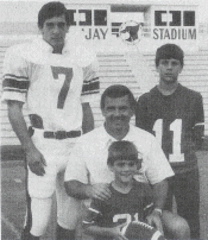 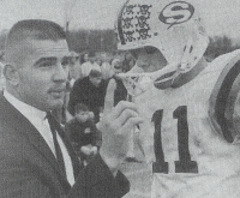 Ira has been involved with many professional organizations. He was chairman of the steering committee for the formation of the W.F.C.A. and served as its first president. Ira also served as president of the Wisconsin Federation of High School Coaches Associations and has been a representative on the Professional Development Committee for the National Federation. He has been a member of AAHPER, WAAHPER, NCTM, MAA, NEA, WEAC, CWEA, and MTA (serving as president).

Ira coached and taught physical education and algebra at Suring High School from 1964-67. He led the football team that had won 16 games in 17 years to a 20-12-1 record, two championships, a final three-year record of 20-4-1, and was selected Coach-of-the-Year twice.

Ira also served as Head Basketball Coach and his track teams qualified eleven individuals and three relay teams for the state meet. His teams' dual meet record in the final three years was 28-1.

Ira also served as Athletic Director and was the first commissioner of the M-O Conference. In 1968, Ira moved to become Head Football Coach and teach physical education and mathematics at Merrill High School, a school that had not had a winning season in ten years, nor an outright championship since the early 1920's.

For the next 17 years, Ira led his teams to an 87-69-1 record, a co-championship, a championship, and a place in the 1979 State Semi-Finals. In addition, he achieved the best record in the Wisconsin Valley Conference (44-16) from 1975-1981 and was selected District Coach-of-the-Year twice. In 1982 Ira was selected as Head Coach for the North All Stars in the Wisconsin North-South Shrine Bowl. From 1985-1987, he was Head Football Coach at Athens High School with a conference record of 12-10.