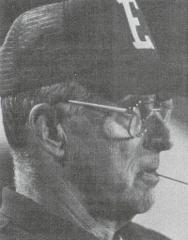 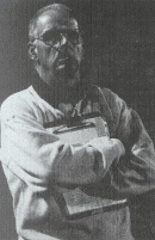 John was born in Norfolk, Virginia in 1926. He participated in football, basketball and track in high school. State Champion and Record Holder (Class C) in 200-yard dash 1944. After one semester at University of Wisconsin, he entered U.S. Army, serving in the 82nd Airborne Division. Made thirteen jumps but no combat. Competed athletically while in service. Played football and competed in track in college before signing minor league baseball contract in 1950 with Chicago White Sox. Played two plus seasons with various clubs in low minors before shattering his ankle.

Coaching Career Highlights: As Head Football Coach at Jimtown H.S. (IN) won rust game versus unbeaten team after losing thirteen straight. It was Jimtown's rust victory also. Later had 1st winning season at Jimtown, the smallest school in Indiana playing eleven-man football at the time. Left Jimtown to assist at South Milwaukee under Coach Spaltholz. We went 8-0 in 1961 and 7-0-1 in 1964. Went to LA. State in fall of 1965 as Assistant in Football and Baseball where we won CCAA baseball crown in 1968 and came within one out of going to College World Series. Also was Backfield Coach for last LA. State football team to have winning record 1967.

Accepted Head Football job at Wauwatosa East 1969 and the following year became Head Track Coach. In that capacity had most successful year in career 1971-72. We won first football title since 1939 and in the spring we won the State Class A Track & Field Championship as well as sweeping conference relays, conference outdoor, regional and sectional meets. We had four conference titles. and five playoff teams and twenty-one winning seasons at East. Retired from teaching in 1991 but continued to coach until 1995.