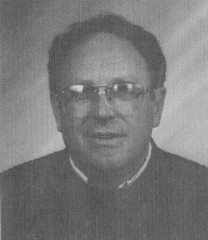 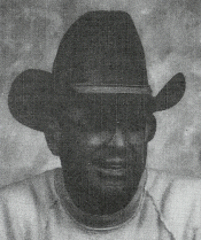 Larry graduated from UW-Platteville in May 1959 and started his first teaching position at Mazomanie High School (later Wisconsin Heights) where he was head coach in football, basketball, baseball and track, athletic director, taught biology, physical education and driver education. He remained there until 1964 when he accepted the head coaching position in football, track and wrestling at Fennimore, Wisconsin. During his 10-year stay, he won two SW AL championships in football and never had a losing season during which time he produced three all-state players. Larry's wrestling teams had 27 state participants, three individual state runner-ups, and one wrestler went on to win an NCAA championship as a member of the UW-Madison wrestling squad.

In 1974, Larry moved to Poynette High School where he taught biology, physical education, history, and was assistant principal and athletic director until his retirement in June, 1995.

During his 21 years at Poynette, he won nine conference championships, was in the play-offs eight times, making the semi-finals three times and placing second in 1981. He coached five all-state players and was named district coach of the year five times. At one point, Poynette had 45 straight conference victories. The Wisconsin State Journal named the Poynette Indians the best team of the 1980's for the Madison area. From the years 1980-1989 they compiled an 85-15 record. WISC-TV named Poynette the Small School Team of the Year twice.

Coach Thurston's overall football record is 208-81-1. He served as district representative for the WFCA for two terms and when the WFCA asked Gayle Quinn to initiate a state football clinic, he joined him on the clinic staff and served for 14 years. He coached the Shrine all-star team twice, serving as assistant under Bob Petruska in 1979, and again in 1985 as head coach.

"Three people have had a tremendous influence on my coaching career - John Barth, who taught me that discipline is an essential ingredient for success, Verne Vradenburg whose influence taught me that football was, in fact, a game and that the K.I.S.S. (keep it simple, stupid) principle is an important tool in coaching, and last but not least John "Weenie" Wilson, who professed so often that he could be out-smarted, out-coached, but never out-worked. I thank these three men from the bottom of my heart".

"I would like to acknowledge my wife of 38 years who had the love, compassion and companionship that has helped me survive the rigors of coaching and public education."