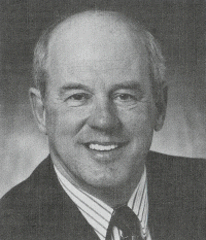 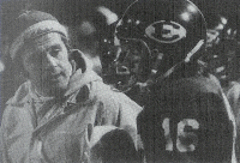 Born in Berea, Ohio, Paul attended Berea High School and participated in football, basketball, baseball and track. He played for two conference championship teams in football and in his senior year was a unanimous All-Conference Fullback, Greater Cleveland Conference MVP, Cleveland Touchdown Club Conference MVP, and Cleveland Plain Dealer Newspaper All-Area Team. In track, he participated in the state track meet as both a sprinter and discus thrower. Paul was elected to the Berea High School Hall-of-Fame in 1989.

As a senior, Paul accepted a full scholarship to Northwestern University to play football for Ara Parseghian. He lettered three years as an Offensive Defensive end during some of Northwestern's most successful times. In his senior year, he participated in the Blue-Gray game in Montgomery, Alabama.

He began his coaching career at Northwestern as a freshman assistant coach. From there he accepted a position at Downer's Grove (now North) High School in Illinois, as an Assistant Varsity Coach and Defensive Coordinator from 1962 to 1967, fashioning some outstanding defenses. 1968 brought a stint as Varsity Defensive Coordinator at York High School in Elmhurst, Illinois.

Accepting the challenge at Elkhorn, Paul became the winningest coach in Elkhorn history after only seven years. Three Conference Championships, state semi-final appearances and five Coach-of-the-Year Awards later, he retired with a 25-year record of 137-94-3.

One highlight that stands out in Paul's mind occurred in 1992. After a slow start, his team came on strong to qualify for the state playoffs. In winning their first two games, the team earned a semi-final appearance in Plymouth, Wisconsin. However, that game was to occur on the same day his oldest son was to be married in Merrillville, Indiana. The choice to attend his son's wedding was obvious.

Several booster parents saw it differently. Finding out that the wedding was in the afternoon and the reception in the evening, they hired a private plane to fly Paul from Gary, Indiana, to Sheboygan, Wisconsin, and back to the reception. The wedding was a huge success, the game memorable, and the memories lasting.

That's not all though, Paul was a member of the Founding Board of the Wisconsin Football Coaches Association (1977), a District Representative in 1977 and 1978, and an Assistant Coach of the Shrine's South All-Star Team (1988). As an Assistant Basketball Coach, he was a member of the staff that accumulated two state championships and one runner-up. As an assistant track coach, his coaching assisted in accumulating 17 divisional, conference, regional and sectional championships. Paul was also published three separate times in the Athletic Journal and founded the Elkhorn Football Booster Club (now All-Sports Booster Club).