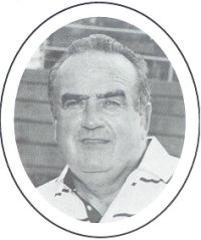 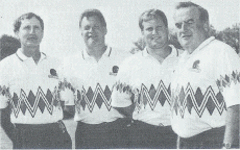 Don has over 40 years of "Friday Night Football" Starting in 1955, playing for Hartford High School and then Arrowhead High School. At Platteville he was a letter winner playing for John Barth and Butch Leitl. The next 32 years were spent coaching football at Burlington High School, 27 as head coach. Don had a record of 202-57 -1 with 22 conference championships and 10 trips to the state play-offs.

Dalton is a charter member of the WFCA where he served as district rep, vice president, and president for four years - 1985-1988. He was the original editor of The Point After II and continues today to serve on the publication committee. Don also serves as the representative of the WFCA on the Shrine Bowl committee and was on the coaching staff of the 1979 team and the south head coach in 1990. The clinic staff has also been a duty for the past 21 years.

Involvement at Burlington has not been limited to just football. Over the last 32 years, Don has coached both track and wrestling.

In 1985 Don was instrumental in starting the partners task force, a task force to work with schools, agencies, churches, parents and community t combat substance abuse. AB a member of Governor Thompson's Task Force on Substance Abuse, Don has received much statewide recognition. He is also involved as a state target team member and Reebok consultant on substance abuse.

Don believes that athletes perform only occasionally but are always a role model in the community. Stressing open and honest communication with athletes, parents, and teachers has helped to keep all aspects of education and total career development in proper perspective.

In 1996, Don was honored by the local Kiwanis Club as Burlington's "Man of the Year." As awards and honors are received, Don believes "The Greatest is when a man is recognized by his peers and honored by membership in the WFCA Hall of Fame.