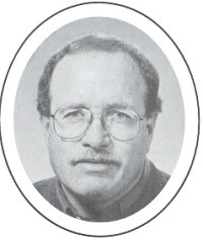 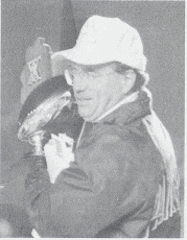 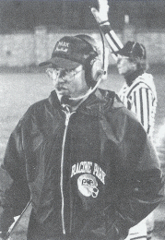 A native of South Dakota, Phil was a 1962 graduate of Colman High School. In his high school days, he played football, basketball, baseball, and track.

Phil attended Dakota State College in Madison, South Dakota, where he was a four-year letterman in football. He graduated in 1966 with a major in English. At Dakota State, he met and married Beth Bowles.

Phil began his career in Chester, South Dakota. From 1966 to 1968, he taught English at Chester Area High School and was the head football coach, head wrestling coach, and assisted in track. His football teams at Chester were 12-2 and the 1967 team won the Great Plains Conference Championship. He started the wrestling program at Chester, a program that has been very successful throughout the years.

In 1968, Phil, Beth, and their daughter Gwyn moved to Fort Dodge, Iowa. Phil was a member of a new football staff under Bruce Wiegmann at Fort Dodge Senior High, of the Big Eight Conference. He served as head sophomore coach for one year and as a varsity assistant for two years. He also coached track and taught English. During this time, Phil spent summers at South Dakota State University, earning a master's degree in guidance and counseling. Their son, Tony, was born in Fort Dodge.

In 1971, the Dobbs family moved to Racine, Wis., where Phil was again part of a new football staff at Racine Park HS, again under Bruce Wiegmann. In 1973, Phil took over as head football coach at Park, a position he held for the next 23 years. He taught English for 5 of those years, and was vocational counselor for 20 years.

Phil's head coaching record at Park was 147-75-1. There were six conference championships and nine runners-up. Park qualified for the WIAA playoffs nine times during those years. The Panthers made it to the semi-finals in 1982, 1985 and 1989. In 1988, led by Brent Moss, Park defeated Superior 34-14 for the Division I State Championship. Phil's son Tony played on that team. In his 25-year head coaching career, Phil's teams had 21 winning seasons, including the last 11 at Park. His career head coaching record was 159-77-1.

Phil has served on the Board of Directors of the WFCA since 1983. He served three terms as a District Rep and three terms as Southern Vice President. He has been actively involved in the WFCA, working with the newsletter, the annual clinic, the Hall of Fame banquet, and the summer golf outing. Phil was a member of the coaching staff for the South All-Star team in the 1990 Shrine Bowl. He has served as MC of the WFCA All State banquet in 1994, 1995, and 1996. He was named WFCA district coach of the year three times. Phil also received WFCA victors awards for 100 and 150 wins, as well as the 30 year service award.

After the 1995 football season, Phil left a 30-year coaching career to become Director of Athletics and Activities at Racine Park. His wife Beth, a middle school teacher in Racine, has been with him all the way, even working as statistician the last 20 years. Phil is thankful to the many outstanding coaches and players who made his coaching career so rewarding.