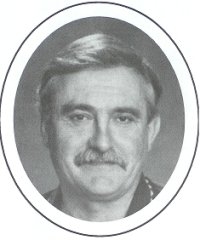 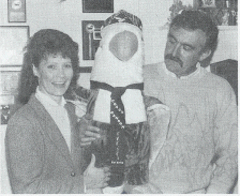 Gary Hanson lettered in football, basketball and baseball in high school. It was in his freshmen year that he already decided he wanted to become a high school coach and motivator of young men.

In 1970 he initiated the wrestling program at Cashton and continued as the head coach for 13 years compiling a 133-45-5 record. His wrestling teams won six conference championships, four regional championships and 21 tournament titles.

Coach Hanson's football teams won 11 conference championships and earned 11 play-off berths. In 1979 his team won the Division 5 State Runner-up title and in 1980 his team went undefeated and not scored upon outscoring their opponents 279-0 without making the playoffs. He coached his 1981 football team to a Division 6 State Championship with a 12-0 record while outs coring opponents 367-3 and completing two successive seasons without giving up a touchdown.

One of the highlights of his coaching career was being selected as the head coach of the North squad for the 1991 Shrine Bowl in which his team defeated the South team 17-14. "To coach the best athletes in the state and work with great coaches from other schools is something to be cherished. Football has enabled me to meet and appreciate some of the most dedicated people in the State of Wisconsin."

Outside of coaching, one of his unique experiences was his involvement in the founding of the Cashton Public Library. Gary currently serves as President of the Library Board. His latest interest besides golf, is broadcasting high school football games on radio station WUSK from Tomah.

"To sum up all of the great experiences from coaching high school football, I feel the greatest joy is the number of ex-football players who relate to me how important high school football was to them and how football helped them understand the hard work and effort it takes to become a winner."