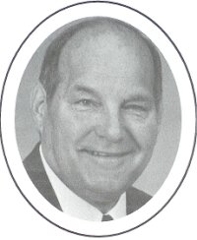 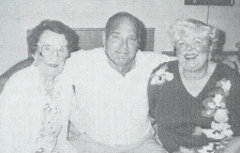 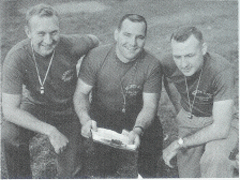 Assistant football coach UW-Stevens Point, teacher and head football coach Wittenberg and Oconto High Schools. Taught at the UW-Madison and was Executive Secretary of the American College of Sports Medicine.

At Minocqua HS Don earned nine letters. He was named all-conference in football his junior and senior year and most valuable player and a nominee for the All-State football team his senior year. While participating in sports at the UWSP, he earned letters in three sports including three in football. He was selected all-conference and most valuable player his senior year. He also served as president of the UWSP Letterman's Club. He officiated the sport of football for 22 years and was selected on two occasions to work the NCAA Wrestling National Championships.

Don has written numerous articles on various sports, sports administration, coaches education, and sports medicine subjects. He was the Assist. Executive Editor of the Encyclopedia of Sports Science and Medicine published by Macmillan Company. He has been a speaker at many national and state meetings.

Don has been responsible for the WIAA football program since 1973. During that entire time he has been Wisconsin's voting member on the National Federation's Football Rules Committee. He served as chairman of the subcommittee for the Football Officials Manual for eight years. As a member of the rules committee, he submitted numerous proposals for rules changes that were adopted and are now part of the National Rule Book. These include the 2-yard belt for coaches and the 35-point running time rule. Other items he co-sponsored, or played a major role in the adoption of, include the 10-yard line overtime procedure, coaches being allowed to hold conferences on the field, open-hand blocking, prohibition of butt blocking, face tackling, spearing, and blocking below the waist.

Don has had the privilege of being associated with football from every possible perspective. He has been a player, a parent of a player, a coach, an official, a high school administrator, a state association administrator, and a member of the National Rules Committees. He estimates over his 52 years of involvement with the sport, he has participated in, administered, or observed well in excess of 1000 football games.