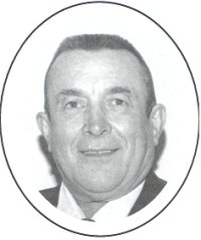 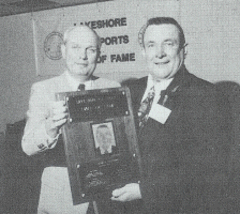 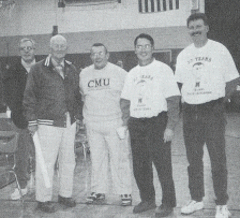 While at UW-LaCrosse, Jerry played football from 1953 through 1956. In 1956, Jerry was elected co-captain, all conference, MVP and Little All American (HM). He was a member of the 1953 La Crosse State football team that played in the cigar bowl in Tampa, Florida. Jerry graduated from La Crosse in 1957.

Jerry started his coaching career at Denmark in 1957 as an assistant coach in football and basketball, as well as head baseball coach.

In 1958, Jerry was drafted into the United States Army.

He returned to Denmark in 1960 as head football coach. He has been head football coach for 37 years. The team record under Jerry's coaching is 221 wins, 102 losses and 5 ties. Denmark has 14 conference championships. They have participated in the WIAA play-offs five times. In 1977 and 1978, Denmark finished runner-up to the state champs. Jerry has been Denmark athletic director for 32 years. In 1996, Jerry was inducted into the Lakeshore Hall of Fame. He has been blessed with great assistants Stan Yazawa, Carl Paquet, and Dick Jonely who have remained active for 32, 26, and 18 years respectively.

Jerry feels very honored to become a member of the WFCA Hall of Fame and will be joining his high school coach, John Hickey, who was an inductee in 1986.